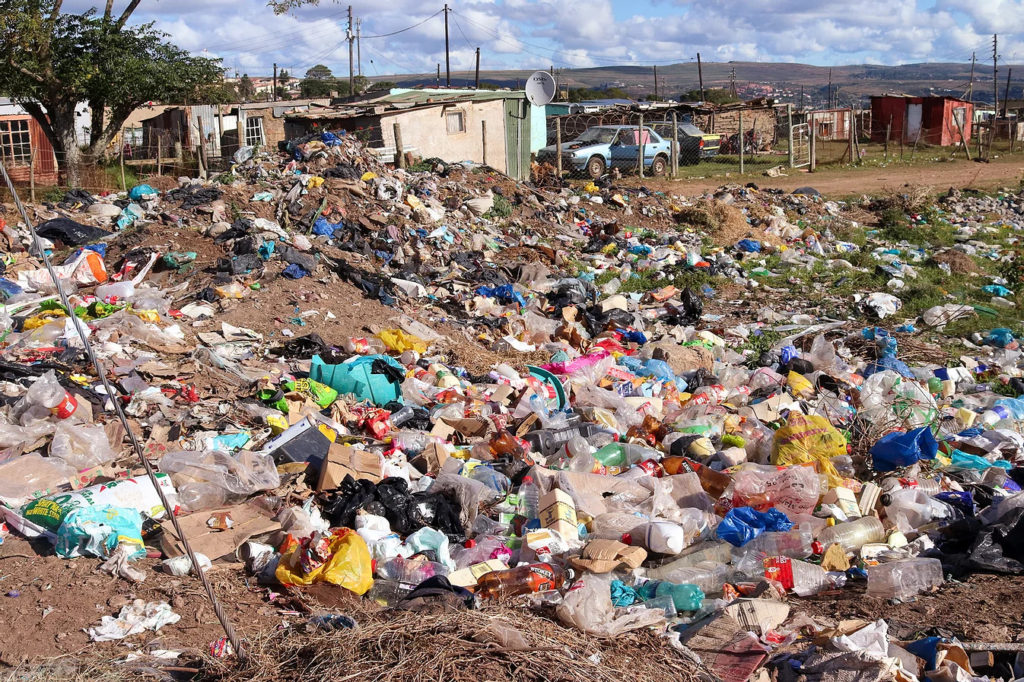 The current by-laws and waste management system in Makhanda have been declared unconstitutional, and Makana Municipality must eradicate seven specific illegal dumpsites within 14 days.

This historic ruling was made in a court order upheld by the high court in Makhanda on Thursday 9 September on behalf of the Ezihagwini Street Committee and Mary Waters High School, who took the Makana Municipality to court for its failure to remove refuse and to put an end to illegal dumpsites in parts of the town.

The municipality must also provide three plastic bags to each household weekly and produce a comprehensive audit of Makhanda’s waste management needs. Once identified, these needs must be addressed no less than three months following the completion of the audit.

Speaking on the steps of the High Court after the victory, Ezihagwini Street Committee member Mxolisi Mtshima said the committee would follow up on the specifics and timeframes for the Municipality to respond to all the areas covered by the court order.

“We are willing to assist in other operations such as cleaning campaigns, but we need the municipality to respond because they have a key role to play in assisting those initiatives,” he added.

The Ezihagwini Street Committee was represented by the Legal Resources Centre (LRC), who welcomed the comprehensive court order.

LRC attorney Cameron McConnachie said, “Our clients look forward to reclaiming a living space that is not an affront to their dignity or their constitutional right to an environment that is not harmful to their health and well-being.

“We are under no illusions – this is going to be a long process and will require a vigilant community and dedication from municipal officials. We will be monitoring the process closely,” McConnachie said.

The main areas affected by the Municipality’s failures are the Joza, Fingo and Tantyi townships. Extension 6 has become known by residents as Ezihagwini (pigsty).

The Ezihagweni Street Committee cited the legal right of all citizens to a clean and safe environment, which is currently not possible in Makhanda given the illegal dumpsites, some of which are close to schools.

McConnachie said for the past three years, residents have worked tirelessly to have the Makana Municipality fulfil its obligations in terms of refuse collection and ensuring that the environment they live in meets the legislative standards of an environment that is safe and free from any hazards.

“We are pleased that the court has put residents’ needs first in this matter.”