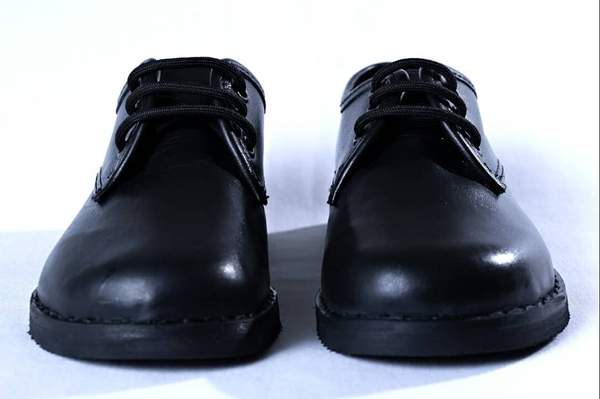 “It seems such a small thing, but it makes such a big difference,” says Nomfusi Maleki.

“It’s true – from a child who just keeps quiet, now you have someone who will raise their hand, ask questions, speak out,” adds Zoleka Kate. “From someone who always stayed at the back, a child will have the confidence to come to the front and lead.”

Together with the third Fingo Village school, Samuel Ntsiko Primary, learners from Ntaba Maria and Fikizolo are beneficiaries of Ubuntu Bhethu Feeding Scheme and Day Care. At the end of every school day, 300 children from those schools receive a nutritious meal. Maleki is the programme’s coordinator.

“For many of these children, that is their last meal until the breakfast they get at school the next morning,” says Maleki. “That’s already 20 hours without food. Just imagine if they didn’t have that meal at the end of the day.”

The National School Nutrition Programme (NSNP) is a lifeline for 9 million children in South African schools – and thousands of children in Makhanda, including learners at Fikizolo and Samuel Ntsiko. The NSNP targets children in the first to third quintiles. Quintile 1 schools serve the country’s most impoverished communities, Quintile 5 the (comparatively) best off. Ntaba Maria is categorised as Quintile 4, which means it doesn’t qualify for the SNP.

“But actually, the children from all three of those schools are from the same background,” says Maleki. “So there are children at Ntaba Maria who are just as badly off, even though they made it into a Quintile 4 school.”

As well as being a teacher, Reverend Maleki is an ordained minister in the adjacent Ethiopian Episcopal Church and has a good understanding of the community it serves.

Teachers have identified 100 learners at each of the three schools from the most socio-economically vulnerable backgrounds. These are the children who are assured of a meal at the end of every school day.

But today, it’s not concerns about food that have brought Maleki and Ubuntu Bethe co-founder Joyce Matebese to Fikizolo Primary: it’s shoes.

Fikizolo has 657 learners from grades R to 7, most from homes that struggle to make ends meet.

The Covid-19 pandemic has made things much worse for many children, says Maleke.

“Many have lost caregivers or other family members; many parents have lost their jobs because of the lockdown. In our community, everyone depends on each other, and so if others have nothing, these children will have nothing.”

As with the feeding programme, 100 children from each school have been identified to receive a new pair of school shoes and boxes of shoes are offloaded from Maleki’s car in the Fikizolo parking lot.

With such a great need for food, why shoes?

“We want to help our children develop holistically – physically and mentally,” Maleki says. “It seems like a small thing, but for a child who is coming to school every day in a pair of worn-out hand-me-down takkies, a smart new pair of school shoes means a lot.”

“It means a lot to us as teachers,” says Kate.  “How much more to the children. Most of them are from socially marginalised communities. If they even have school shoes, they will be from last year – worn out and too small.

“When a child gets a new pair of shoes, you will see it straight away. They speak up in class; they sit straighter; they look up at you, not down at the floor; they walk proudly.

“It’s like they are saying to themselves, ‘At least I am somebody now’.”