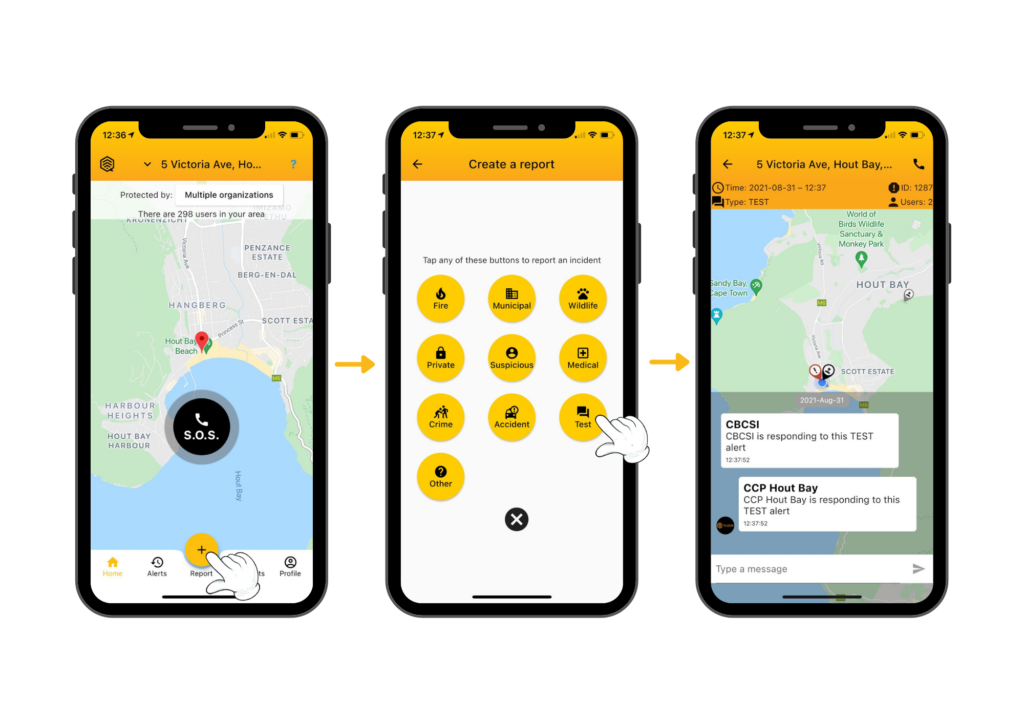 Hi-Tec Security has partnered with a mobile safety app called Buzzer, which has achieved remarkable success in and around Cape Town for the last two years.

Buzzer gives users a personal SOS button and has a community report function for crimes, fires, and suspicious activity. All alerts made through the app go directly to Hi-Tec Security – and the neighbourhood.

The app was designed by a team of Hout Bay residents and rolled out in 2018. It responds to the need for a solution that could efficiently connect neighbours to neighbours and the local security service providers. Upon sending an alert, the signal goes out to local professional, private and voluntary response teams and the residents of the area where the incident happened.

Both the SOS and report features work in green belts, parks, and most nearby mountain areas with cell phone signals, making the app great for hikers, walkers, and riders. Hout Bay business partners Keri Cross and Jessica Boonstra organised a workshop with representatives from all local communities. Together with local emergency responders, the residents designed their ideal process in case of an incident, which became the app’s blueprint.

Cross said Hout Bay had some of the richest people in the country and some of the poorest, and the idea was to find something that worked for all South Africans.

“Governmental emergency response organisations are often unreliable, inefficient or even completely unavailable in some areas. Many neighbourhoods turn to safety WhatsApp groups which have their own challenges, including the irritations of trivial chitchat and the risks of spreading hatred and division.”

“Given the size of the security market in our country, we expected that an off-the-shelf solution would be somewhere out there, but to our surprise, there was nothing that suited our needs.”

Boonstra said Hout Bay residents wanted to build a solution that was freely accessible for everyone, “not just for the happy few who can afford a private security company or an expensive app subscription”.

Walls, burglar bars, dogs, alarms, private security companies, cameras, and ingenious hi-tech security systems are abundant. However, when something happens in our streets or when we are out and about, who can we rely on?

Ingrid Smith, who used Buzzer to call for help during a break-in: “We had the unfortunate need to use it last night, and the response and support were incredible. Feel much safer having this on hand”.

The app is available for free for all iOS and Android users.