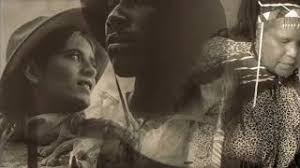 Blood Trail, the latest novel from Tony Park, is frantically exciting and just about as authentic as can be. It is packed tight with heaps of action unfolding in two adrenaline-charged days on a fictitious game lodge located in a real game reserve on the border of the Kruger National Park.

The time frame plays a pivotal role in the story. It takes place soon after lockdown is declared as a result of COVID19. The almost immediate shutdown of the tourism sector has devastating consequences for the game lodge and the whole safari business.

These consequences drive the plot of the book.

Blood Trail is a skillfully written page-turner that had me berating my own eyes for not reading fast enough to keep up with the story.

It is remarkable that a quintessentially South African novel, with two female protagonists, was written by a man living in a two-bedroomed apartment in Sydney, Australia.

The two main characters in Blood Trail, Mia Greenaway and Captain Sannie van Rensburg, have vastly different back-stories but they are inexorably drawn together in their struggle to protect people and wildlife.

Park describes their personal characteristics well enough to make the storyline plausible and to make Sannie and Mia heroic beyond the call of duty.

Due to my personal gender classification, I am not able to speak with authority on whether Park effectively captured the perspective of the two leading females. Speaking without the required authority, I think he did rather well.

Both women are both exceptionally good at jobs traditionally filled by men. He acknowledges that they faced pervasive sexism in organisations dedicated to fighting poachers, but does not dwell on the issue.

I can, however, comment with some conviction about it being a realistic South African story describing the constant battle against poachers in our game reserves. I am a South African who pays attention to anti-poaching news, and I am certain that Park thoroughly researched the topic before he began writing.

He uses anti-poaching jargon appropriately and knows that Belgian Malinois tracking dogs play a key role in the struggle to protect wildlife. He also knows that for some strange reason, these dogs prefer to take commands in the Afrikaans language.

Tony Park grew up in Australia and wrote Blood Trail and several other books there, but he and his wife often travel to South Africa. Our multi-cultural population, the way we talk and the way we think are not alien to him. He accurately observed, and faithfully captured the peculiar mix of our interactions. He knows when a ‘jislaaik’ is more suitable than an ‘eish’, and when an ‘oke’ is talking ‘kak’. (Jislaaik and eish are both expressions of disbelief or despair; oke is a guy and kak is crap).

Park incorporates in the plot, a reality TV series of daily safaris that happen in game reserves in South Africa and Kenya. In each episode, game rangers and their camera operators go out on morning or evening safaris and relay their sightings ‘live’ to viewers all around the world.

The series is popular as many people, confined to their homes because of COVID19, are able to go out vicariously into a wild world where they can establish relationships with leopards and marvel at the parenting skills of hyenas.

The way he exploits the TV series and the coronavirus pandemic as key devices in the plot, give the book an authentic, up-to-date feel. The topicality of it possibly appeals to me more than most because of the many years I spent as a news reporter.

Park was also a journalist which might explain the urgency of his writing.

Blood Trail is a gripping book and I would have no hesitation about recommending this one to you or picking up another of Park’s novels for myself.

In my view, the only parts that didn’t work were the romantic sex scenes. They felt awkward and just seemed to get in the way. Perhaps I am a prude. Previous ArticleBuilding connection one story at a time
Next Article How safe are vaccines?

Booty for bibliophiles at the Bathurst Book Fair