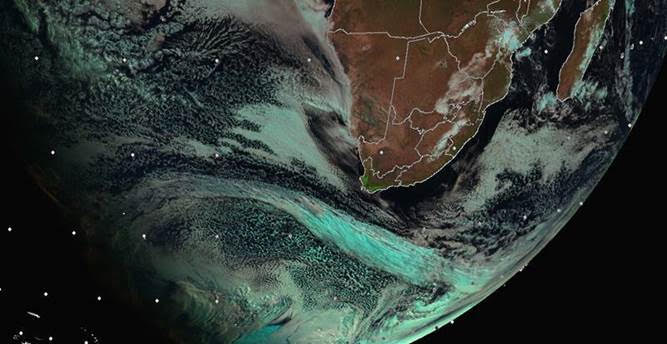 Social media reports of high-pressure systems bumping into each other this weekend “like the 1968 event” are fake news and should be ignored, says Garth Sampson, client liaison office for the South African Weather Service (SAWS) in Gqebera.

“We expect some nice rain (in the Eastern Cape), but NOTHING that will contribute to ending the water crisis,” Sampson said.

“The so-called high-pressure system ‘bumping event’ did not happen like that anyway,” he added.

However, two significant winter systems will affect the country this week, with their impact extending into the weekend, SAWS reports.

“Firstly, an intense cold front will make landfall in the Western Cape early Thursday, 12 August 2021, spreading to the Eastern Cape during the afternoon, with a surface high-pressure system ridging in behind it. This will result in temperatures dropping significantly, showers and rain in most places over the Eastern Cape with significant falls along the South Coast and adjacent interior.

“Freezing levels are expected to drop significantly resulting in snowfall over the high lying areas from Thursday afternoon into Friday.

“On Saturday, showers and rain are expected across the Eastern Cape with heavier falls over the northern parts of the Eastern Cape. A general clearance with a recovery of daytime temperatures is expected on Monday.

A) Yellow level 2 for disruptive rain is expected along the South Coast and adjacent interior from Thursday, persisting into Friday resulting in localized flooding of settlements, roads and low-lying areas. Traffic disruptions can also be expected with this.

B) Orange level 5 for disruptive snow is expected over the high lying areas from tomorrow afternoon into Friday, resulting in traffic disruptions and most passes closed and some communities being temporarily inaccessible.

C)Very cold conditions are expected in places over the western parts tomorrow, spreading across the province on Friday and persisting on Saturday.

D) Yellow level 2 for disruptive rain is expected over the northern parts of the province on Saturday, resulting in localized flooding and traffic disruptions.

Previous ArticleFrom the engagement editor
Next Article Visit the other Mak(h)anda: in Illinois, USA!