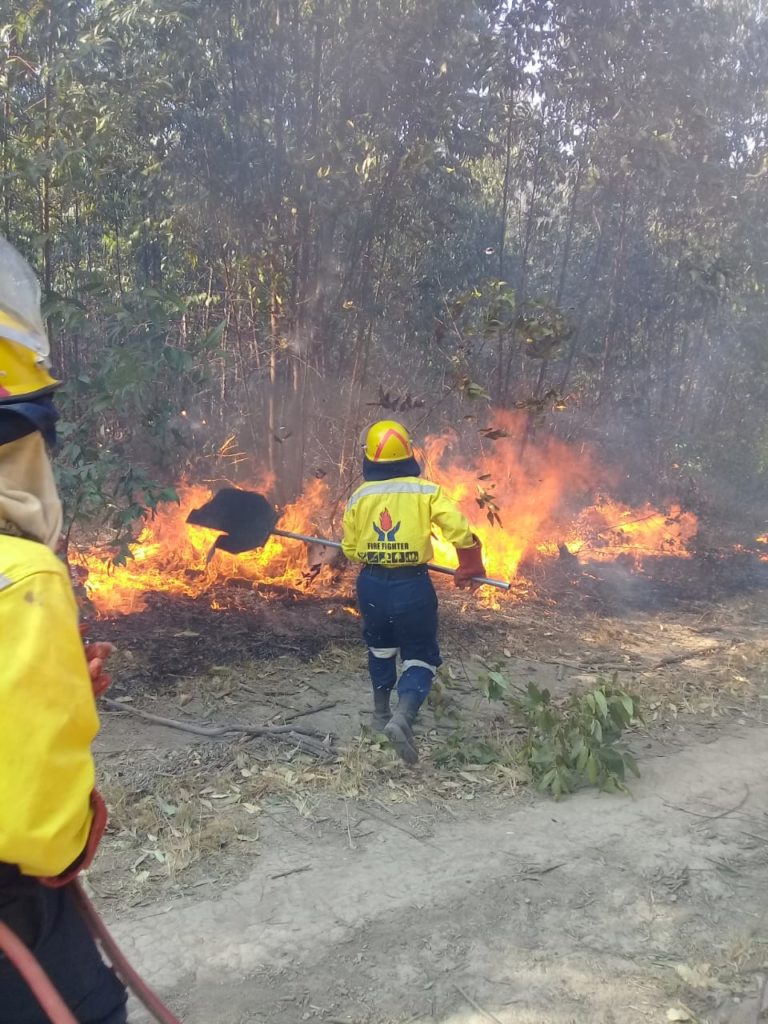 The National Department of Forestry, Fishery and the Environment’s Working on Fire firefighters from Eastern Cape continue to be on the high alert.

Since the start of the winter fire season, firefighters across the province have been very busy, dispatched to suppress fires in different areas throughout both the eastern and western parts of the province.

More than 50 fires were attended since June 2021 which is the start of the winter fire season, with several fires that continued for more than a day. In June, 46 fires were suppressed with an estimated 4797 hectares burnt and 40.98 hours flown with WOF spotters and firefighting helicopters in those fires.

The 2021 winter fire season is a very tough one, with a high Fire Danger Index (FDI) prevalent on many days and fires that have continued for several days.

This week, teams were dispatched to fight five fires. One fire in Hogsback kept aerial resources and the Hogsback team very busy from Sunday. Another, in Singisi forest, was attended by two teams (Mhlahlane and Baziya. Other fires were in the PG Bison and Ntywenka plantations.

Thinus Botha From the Eastern Cape Umbrella FPA said there had already been more than 9 000 fires covering an area of more than 175 000 ha in the winter fire season. These includes both runaway fires and controlled burns, but the unplanned fires were the greatest contributor.

Most of  the Fire Protection Associations in the province are well prepared and work closely with WoF.  Aviation resources are on standby at Ugie and Stutterheim with the pilots and crew ready to assist in any emergency.  People requesting assistance must, however, remember that aviation works on a caller pays principle.

All firefighters in EC remain on high alert and always ready to provide firefighting services to landowners, communities as well as municipalities.

As the winter fire season continues, we urge everyone to remain vigilant and not start any unwanted fires. Smokers should not throw burning cigarettes our the window. Parents should make sure that children do not play near stoves, burning candles or heaters.

Everyone is also urged to monitor the daily Fire Danger Index (FDI) warning issued by the SA weather Service.

Eastern Cape Working on Fire has about 580 trained and physically fit firefighters based at 26 bases in the province.