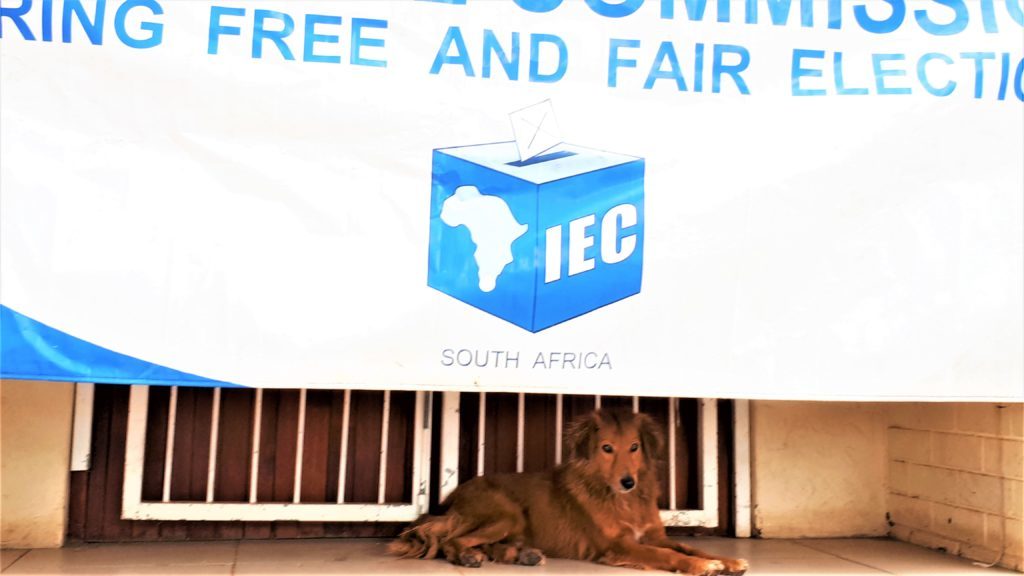 The Electoral Commission has put on hold the upcoming voter registration weekend (31 July and 1 August) as it launches a court application to have the local government elections postponed to early next year. The Commission announced this in a briefing Friday 23 July on its response to the ‘Inquiry into Ensuring Free and Fair Elections during COVID-19’ by former Deputy Chief Justice Dikgang Moseneke.

In a statement following the briefing, the IEC said it had carefully considered and resolved to adopt the final report of the Inquiry.

“The Commission accepts the rational and the central thesis of the report that greater immunity through mass vaccination is a desirable precondition for a safe, free and fair election to be realised,” the Commission said.

The report was submitted on Tuesday and the COmmission unanimously adopted it soon after.

“In so far as the recommendations pertain, the Commission will adjust implementation to accord with current legal prescripts and financial means,” the IEC said. “Where there are substantial financial implications, National Treasury will be approached for additional funding.”

The report found that it was not reasonably possible or likely that the Local Government Elections scheduled for October 2021 would be free and fair and recommended that the Electoral Commission approach a court of competent jurisdiction to seek a just and equitable order for the deferral of the elections to a date not later than February 2022.

The new dates for the voter registration weekend would be announced in due course, the Commission said.

“Until a court of competent jurisdiction has determined the application for deferral, all other planned electoral activities will proceed,” the IEC said.

As part of the way forward, the Commission would also consult with key stakeholders regarding the implications of the Report. These included political parties through the Party Liaison Committee structure as well as key state role-players including the Minister of Cooperative Governance and Traditional Affairs, Dr Nkosazana Dlamini-Zuma as Chairperson of the Inter-Ministerial Committee on Local Government Elections and the Minister responsible for proclaiming the local government elections.

Consultation would also be sought with Parliament, the South African Local Government Association (SALGA); and National Treasury regarding the financial implications of the Report’s recommendations.

“The Commission calls on all stakeholders to support and work together with it to facilitate this process in the interests of public health on the one hand and the indispensable need for upkeep of constitutional democracy of the Republic of South Africa,” the Commission said.

“The Moseneke Inquiry has greatly assisted in airing all the various views of political parties, civil society organisations, the public, the media and health and medical experts around this complex issue. While differences of opinion remain, now that the process has reached a conclusion and recommended the deferment of the elections, it is in the interests of the success of the Local Government Elections that all stakeholders rally behind the Commission’s pursuit of the report’s recommendations including its approach to the court to make a determination given ‘that in our democratic order, elections must not only be regular, but they must also be free and fair’.”

Previous ArticleJDE 290 by George Euvrard
Next Article Where has all the water gone?