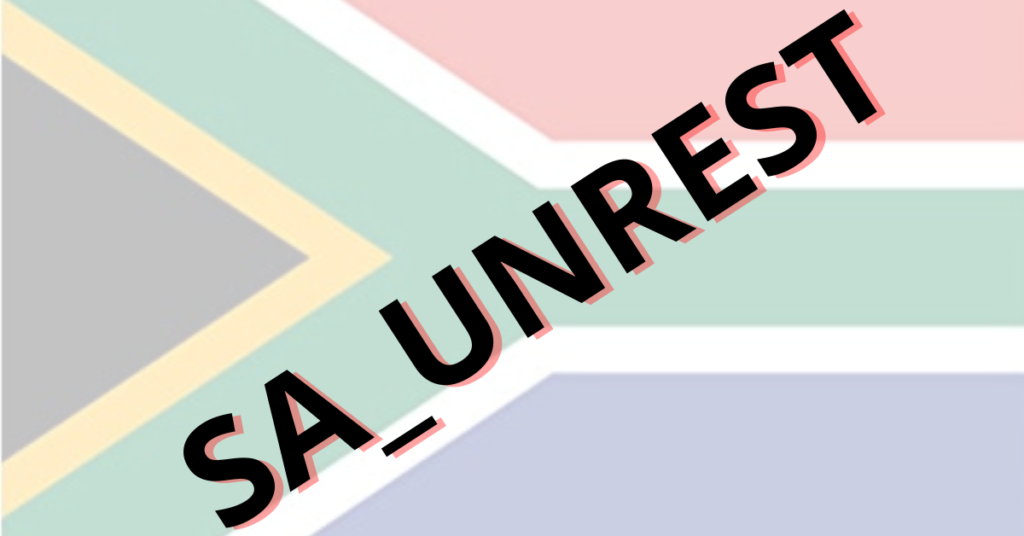 The continuous civil unrest, looting and violence gripping parts of our country could see a spike in post-traumatic stress disorder (PTSD) amongst children, even those not directly impacted, warns the South African Society of Psychiatrists (SASOP).

Dr Anusha Lachman, child psychiatrist and SASOP board member, said children are highly susceptible to fear and feeling overwhelmed as they witness the unsettling current events via social media and the news, and through adult conversations.

She says parents and care-givers play the most crucial role in assisting children to deal with the current uncertainty and they need to recognise that children simply hearing about the violence, and observing adults’ responses to the situation, can cause child a child to become more anxious and traumatized.

Feeling out of control

“There is ongoing trauma, fear and helplessness across the country. Parents are traumatised by what is happening and largely are helpless onlookers to the destruction and violence. The trouble is that amidst the sense of helplessness, people look for ways to be more in control. One of the ways is to ‘doom scroll’, seeking to constantly be informed, sharing videos, voice notes, photos etc, anything that is recording and keeping track of the ongoing unrest,” says Dr Lachman.

“However, these constant reminders can re-traumatise parents and instead of feeling more in control by being informed, it reinforces their sense of a lack of control because they are unable to act. Not being able to prevent and to witness people getting away with the destruction becomes more traumatising. Many parents and grandparents recall the same kind of helplessness and fears leading up to the 1994 unrest and curfews in KZN, as well as fears of civil unrest around the first democratic elections. Witnessing the current riots and looting could result in flashbacks and re-experiences for many adults.”

Dr Lachman says the challenge for parents is how to remain vigilant without re-traumatising themselves – and thereby exposing their children to trauma.

“Adults can limit exposure to news, social media updates and WhatsApp messages doing the rounds and, importantly, recognise the role they play in their children’s lives.  As the caregivers they are meant to buffer and scaffold children and adolescents – filtering news and supporting children to prevent further traumatisation. This is challenging if parents are themselves traumatised, however there needs to be an awareness that children need to be restricted from controllable exposures such as the news and social media.”

“While they cannot be protected or prevented from witnessing things in the environment, they can be prevented from hearing about it or seeing it on other platforms. As many parents continue to talk, share and express distress about that which is out of their control, there still must be an active attempt to prevent children from unnecessarily being traumatised.”

She says PTSD, is triggered during a traumatic event, such as the reality in our country at the moment, and can manifest either immediately after or during a stressful event, or only after six months or more. It can also result in  anxiety and depression in the long term.

“PTSD is a result of something happening to a child, to someone close to them or being exposed to adult conversation, social media, in the news and via a video. It’s important to note that children do not have to be directly involved in the events for them to be traumatised and that heightened anxiety is not only limited to those children physically exposed to the violence and disruption.”

“Children and adolescents may feel a lot of emotional and physical distress when exposed to situations of trauma or reminders of traumatic event. They may relive these events, even if they were not directly involved, as a result of repeated exposure to reminders on television, adults talking about the situation or via social media.”

Other behaviours include feeling depressed, being grouchy, trouble focussing, worrying about safety, fearing death, having trouble feeling affectionate, aggression, or avoiding going outside or staying away from situations that can trigger memories of the trauma. These can also include regressive behaviours such as thumb sucking, bedwetting, baby-like behaviours or somatic symptoms such as sore stomach or headaches.

Dr Lachman says not every child or teenager exposed directly or indirectly to trauma will suffer from PTSD. “Diagnosis by a mental health professional is only made once the symptoms present themselves for a month or more, however they can experience acute stress reactions whilst the trauma is ongoing or in the immediate aftermath, and symptoms can persist for months after the trigger.”

What can parents do to prevent PTSD during this stressful time?