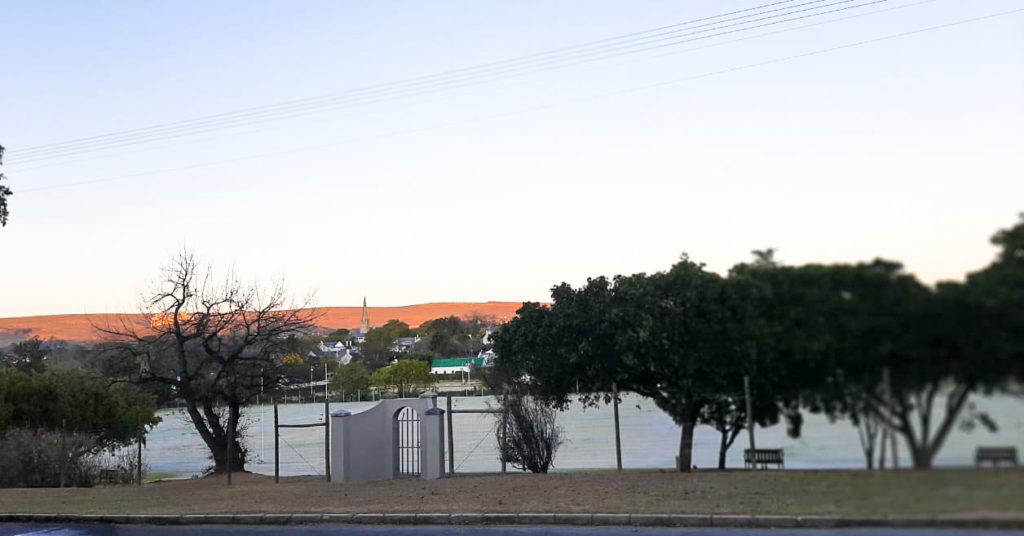 Out and about before the first rays of sun reached the valley, Eleanor Anderton took this photograph of a frost covered Kingswood College's Dold Field, looking like a frozen lake. Tuesday 6 July 2021 started off as the coldest day of the year for most of the Eastern Cape. Photo: Eleanor Anderton

Makhanda residents in many parts of town woke up to frost this morning. But although the early morning temperatures were the coldest yet for the year, the city wasn’t quite down to zero.

Dave Stoloff left his gardening gloves out overnight and this is what he found in the morning.

SAWeather predicted a maximum of 20C for today.

Garth Sampson of the South African Weather Service’s Port Elizabeth office reports that with a series of cold fronts passing to the south of the country together with clear skies (which results in maximum outgoing heat radiation) temperatures plummeted overnight, to the coldest morning this year.