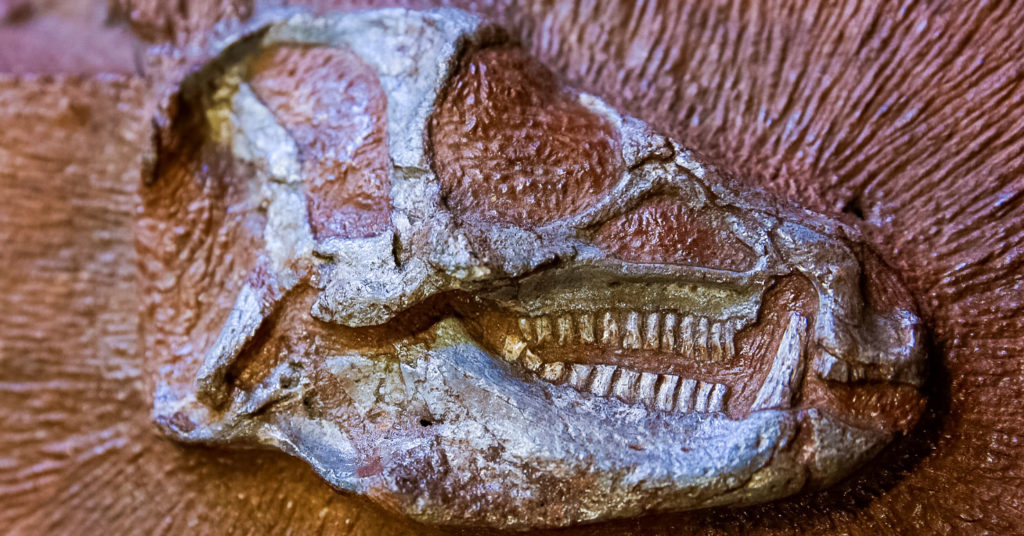 A new specimen of a South African dinosaur sheds light on how its family evolved a unique way of breathing. The scientific article describing the discovery was published in the eLife international scientific journal this week.  The fossil was found in 2009 in the Eastern Cape by study co-author, Dr Billy de Klerk of the Albany Museum.

An international team of scientists has used high-powered X-rays to show how an extinct dinosaur breathed. The team, led by South African PhD student Viktor Radermacher, were able to virtually reconstruct a new skeleton of the plant-eating dinosaur Heterodontosaurus tucki in unprecedented detail. They found surprising features of its ribs and pelvis that point to a strange style of breathing, where a muscle attached to the hips pulled on the lungs to expand and contract them.

Surprisingly, mammals, birds, and reptiles all move air through their lungs in different ways. For example, mammals (like us) use a diaphragm, where lizards use rib movements, and birds rely on rocking of their breastbone.

However, it’s been a mystery to scientists how herbivorous dinosaurs known as Ornithischians moved air through the lungs, since they have very different anatomy to other dinosaurs. Heterodontosaurus is the most primitive of Ornithischians, the group that includes favourites like Triceratops, Stegosaurus, and duck-billed dinosaurs.

“We’ve long known that the skeletons of ornithischian dinosaurs were radically different from those of other dinosaurs,” said Professor Butler, “This amazing new fossil helps us understand why ornithischians were so distinctive and successful”.

The study found that Heterodontosaurus was using its oddly shaped ribs connected to its sternum to breathe, but that it also showed the first steps towards a muscle attached to the hips that would inflate the lung – similar to how crocodiles breathe.

The fossil was found in 2009 in the Eastern Cape of South Africa by study co-author, Dr Billy de Klerk of the Albany Museum, Makhanda.

“I knew we had something special when we found this cutie.” said de Klerk.

This study is the result of a long-standing collaboration between palaeontologists based in South Africa and at the ESRF, where non-invasive techniques have been developed specifically for palaeontological studies. “You could only do this study with a synchrotron” says Vincent Fernandez, scientist at the Natural History Museum in London, UK, co-author of the study and former ESRF scientist. “The characteristics of the ESRF’s X-rays, combined with its high energy beamline configuration, made scanning this complete turkey-sized dinosaur possible.”

This is an instance where the respiratory diversity in the life around us shows that there isn’t a single solution to what may seem like a simple problem. There are many ways to ventilate the lungs, and this species appears to have evolved a potentially unique and specialized strategy to achieve this” said Dr Emma Schachner.

Viktor Radermacher, Kimberley Chapelle, and Jonah Choiniere were supported by grants from the DSI-NRF Centre of Excellence in Palaeosciences, NRF African Origins Platform, and the Palaeontological Scientific Trust.

South African participation in the European Synchrotron Radiation Facility is supported by the NRF.