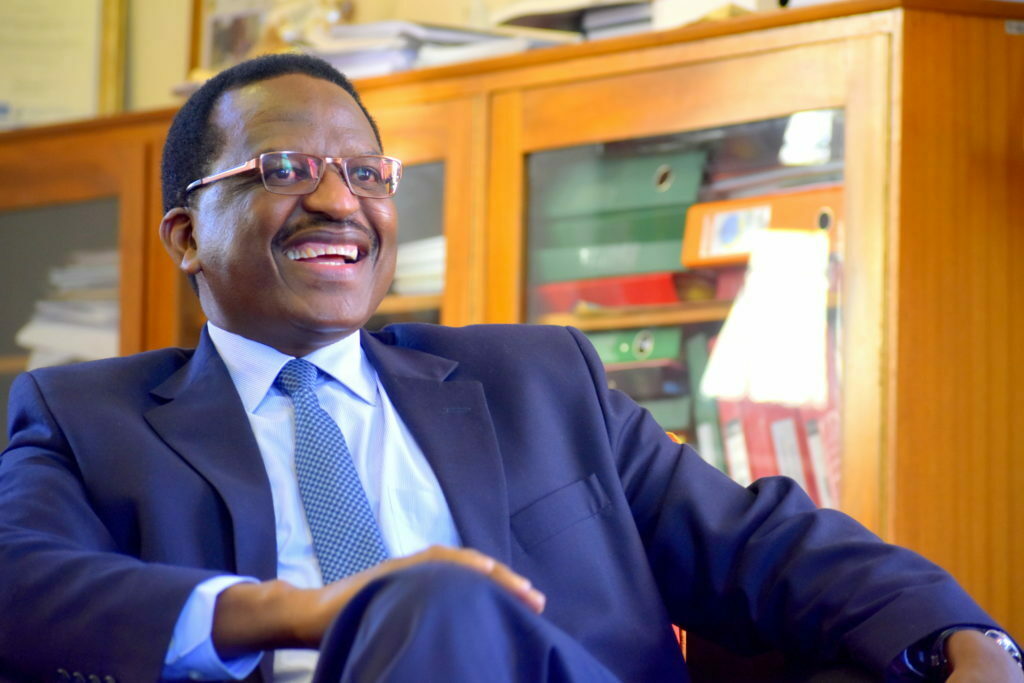 The Rhodes University Council has unanimously resolved to extend Dr Sizwe Mabizela’s contract as Vice-Chancellor for a further seven years to continue the proud academic story of quality of the past seven years.

Dr Mabizela, was appointed Vice-Chancellor in 2014 to become the sixth Principal of the 117-year old institution. His appointment followed a stint as acting Vice-Chancellor for four months. Before that, he was Deputy Vice-Chancellor: Academic and Student affairs from 2008.

Mabizela thanked members of Council for their confidence in the “leadership collective of the University in the past eventful seven years”. He paid tribute to colleagues in the academy, administration and support services at the University for “pulling together at all times and for putting the interests of the institution above all else”.

Mabizela led the University through especially turbulent times in its history. He was Vice-Chancellor in 2015 and 2016 during the widespread students’ protests. More recently, he led the University during the unprecedented and hugely disruptive global pandemic and the related financial pressures.

Council made observations about Mabizela’s leadership strengths and the strong confidence that the University community has in him.

New national and international milestones in Teaching and Learning, Research and Community Engagement had been achieved under his leadership.

The University had moved into the position of sector leader in Community Engagement as a direct result of his vision and personal example. His ethical and student-centred leadership was also noted.

The University’s collaboration with local communities in a range of programmes has led to notable innovations at the socio-economic level and global recognition. The Nine Tenths Programme for Grade 12 learners was recently awarded the prestigious international Talloires Global Network’s MacJannet Prize. Qualifying students entering Rhodes University from Makhanda’s disadvantaged school sector increased from 34 in 2014 to 116 in 2020.

Makhanda became the best-performing city in the Eastern Cape province in the 2020 public school Matric Examinations, a far cry from 2015 when Makhanda was one of the four worst performing in the province. For the first time in the city’s history, the cumulative matric pass rate was 80%.  This average was 12% higher than the EC average (68%), and 4% higher than the national average of 76%.

Rhodes University has consistently produced undergraduate throughput rates that are amongst the best in the sector – attributed to the flexible curriculum model, the tuition system, the favourable staff-student ratios, quality of academic staff, and conducive learning and residence environment.

According to the 2019 data from the Department of Higher Education and Training (DHET) Higher Education Management Information System (HEMIS) the University registered a 76.7% success rate for three-year undergraduate degrees compared to the 52% sectoral average.  The data reflects similar statistics for the four-year undergraduate degrees success rate at 77.6%  versus the sectoral average of 53.6%.

Research and postgraduate output has similarly maintained Rhodes University’s position amongst the most productive research universities in both quantity and quality measures. The University is the only research-intensive university outside of a metropolitan area.

The first comprehensive Institutional Development Plan for the University was developed during this term. There has been substantial property improvement projects that were completed and others initiated.  Rhodes University’s exemplary stewardship of infrastructure grants from the DHET has seen it receive well more than its proportional share of these budgets.

“Dr Mabizela’s leadership in the past seven years at the helm of the University has consistently reflected a strong moral compass, a deep investment in social justice, encouragement, understanding and inspiration for all around him,” Council Chairperson Judge Gerald Bloem, said.