A long and beautiful life 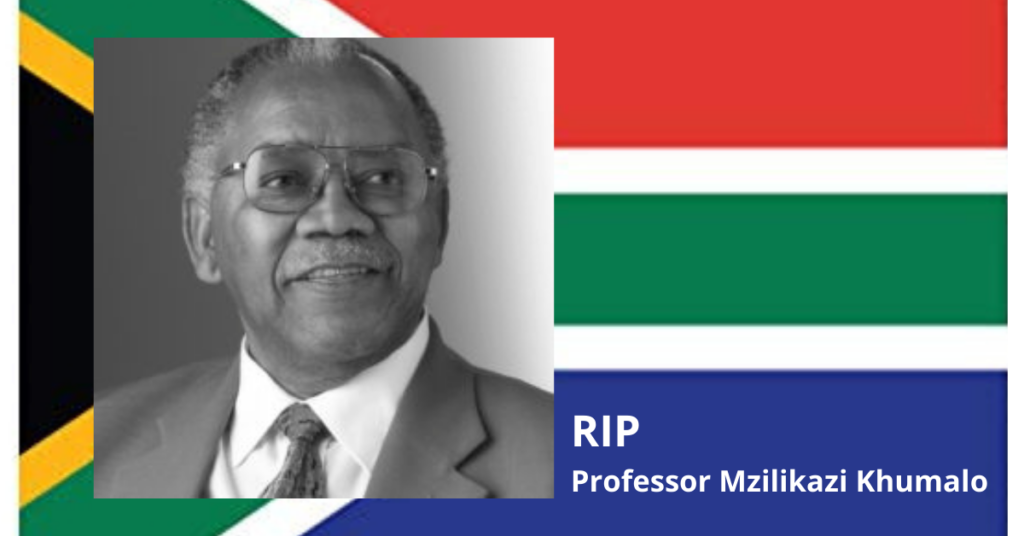 It is with a heavy heart that the Recording Industry of South Africa learnt of the passing away of Professor Mzilikazi Khumalo yesterday. He was 89.

Khumalo is most notably remembered for the work he did on the composition of the post-apartheid South African national anthem, which was a fusion of Nkosi Sikelela iAfrika and Die Stem.

He was a revered composer and professor emeritus of African languages at the University of the Witwatersrand (Wits). After matric, Khumalo studied at a teachers training college in Mamelodi, Pretoria, earning a bachelor’s degree with majors in English and isiZulu from the University of South Africa in 1956.

He graduated with a masters degree from Wits, going on to obtain a PhD at the same institution in 1988.

He was a tutor at Wits in the Department of African Languages from 1969, climbing the academic ladder up to professorship and head of the department.

It was under Khumalo’s baton that choral music reached its golden era. Starting with his first composition, Ma Ngificwa Ukufa, which premiered in 1959, Khumalo’s career took off. His compositions have been recorded by the South African National Symphony Orchestra and Chamber Choir of the SABC conducted by Richard Cock. Among his most revered work is the cantata uShaka KaSenzangakhona which narrates the story of Shaka, the king of Amazulu.

In 1986 he composed a choral work for the enthronement of Archbishop Desmond Tutu of the Anglican Church. His commissioned work of Princess Magogo kaDinizulu in 2002 was groundbreaking as the first isiZulu language opera. It was a celebration of the life of Amazulu princess, musician and poet Princess Constance Magogo ka Dinizulu.

Nhlanhla Sibisi, RiSA CEO sent his condolences: “The passing away of Professor Khumalo is a serious loss to the music industry. He was a repository of knowledge and a well of information when it comes to African folklore, musicality and choral music. He lived a long and beautiful life and gave his country a great songbook, that includes a national anthem, we can be proud of. We send our condolences to the Khumalo family, the choral music community, colleagues and fans of this iconic son of the soil.”