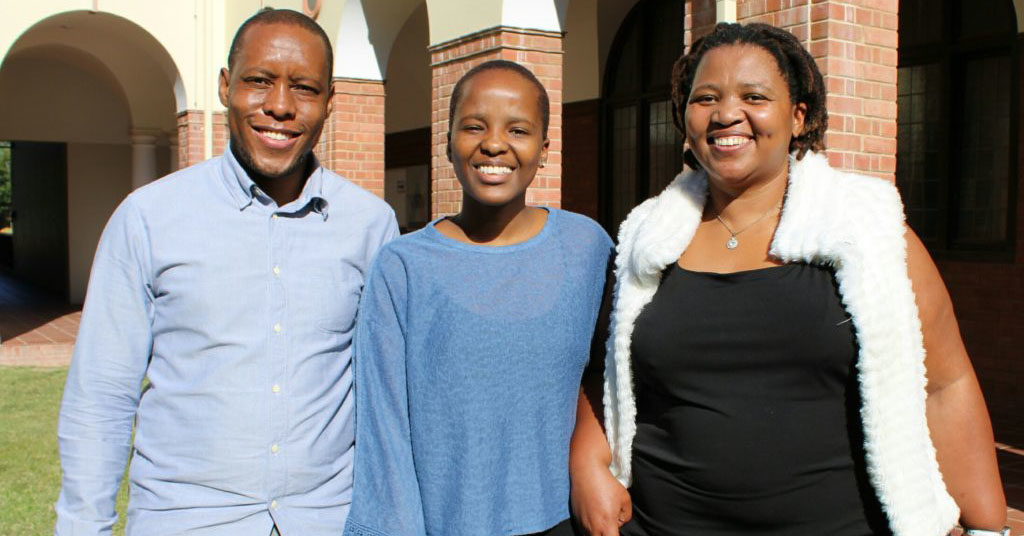 As their collective name suggests, the team readily came up with  the concept of a programme whose purpose is to connect emerging rural, small-scale farmers with the mainstream economy, through the use of blockchain technology. Their solution proposes a virtual platform where rural small-scale farmers, buyers and service providers can connect and collaborate in order to grow the local agricultural economy. According to Masango, an Economics Honours student, the team’s winning idea centres around eradicating unemployment in the Eastern Cape by harnessing and improving a potentially lucrative agricultural economy.

The Hackathon Challenge which was organised by the ELIDZ Science & Technology Park, was held over a three-day period from Friday through to Sunday 6 June 2021. Participants were hosted in various stations across the Eastern Cape, and connected virtually to engage with one another and to share ideas online. The Rhodes University Research: Technology Transfer Office was responsible for facilitating the Makhanda leg of the Hackathon.

For MBA student, Kenye-Duma, the win was huge. “This win means an incredible opportunity to contribute to the Eastern Cape, something greater than myself,” said Kenye-Duma. She said she and her teammates were personally invested in the project and were determined to see it succeed. Even before they were announced the winners, her team had already asked Pamella Ntshakaza of the Research: Technology Transfer Office to help them find ways to realise their project outside the event.

“This I believe speaks to the confidence of our team in the idea; the commitment we have to move mountains if needs be to see this idea become a reality”, said Kenye-Duma.

Completing the team is Lupumlo Ngcukana, a second-year BCom student. Ngcukana says she is grateful to have been part of a well-balanced and passionate team. She met her teammates on the first day of the hackathon, when most teams had already been formed and said her knowledge of Information Systems came in quite handy. The team describes the hackathon challenge as a fun, yet gruelling experience. Staying up all night to develop their idea required gallons of coffee, they said.

“They are our partners in two Regional Innovation Network Platforms, funded by the Council of Scientific and Industrial Research,” Wolhuter said.

“As Manager of the Technology Transfer Team, I would like to give credit to the Tech Transfer Team; Nandi Thotsho and Pamella Ntshakaza, who made the Makhanda leg of the Hackathon possible.”

Apart from a generous cash prize, the trio will receive 12-month Incubation Training with the ELIDZ Science & Technology Park as well as an opportunity to gain access to the market. The team have expressed their gratitude to the Rhodes University Research Office for their unwavering support.