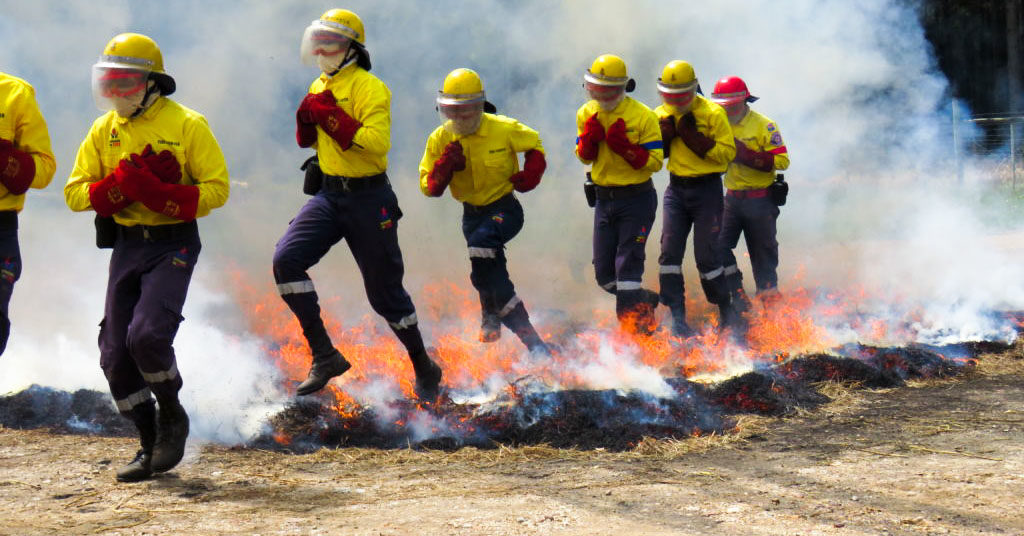 The Working on Fire (WOF) Programme, funded by the Department of Forestry, Fisheries and Environment, helps to fight veld and forest fires and has been hard at work in the Eastern District of the Eastern Cape, preparing its participants for the 2021/2022 Winter Fire Season.

A total of 400 participants, stationed at 19 bases, underwent a Yellow Card Training Camp in Elliot during May 2021. The camp aims to refresh their firefighting skills and test their physical and mental fitness in preparation for the upcoming winter fire season. These firefighters will be deployed across the province to reduce the personal and economic harm caused by unwanted veld and forest fires.

The Ground Operations Manager of the EC, in the eastern part of the province (OR Tambo District), Msindisi Poponi, said the Yellow Card Training Camp is a good opportunity for participants to refresh their firefighting skills to tackle the upcoming winter fire season.

“Together with our various stakeholders and partners, we aim to reduce the risk of fires throughout the province.”

All firefighters worked very hard to obtain their Yellow Cards after successfully completing their 2.4km run, push-ups, sit-ups, pull-ups as well as running safely through the firewall. In most cases, firefighters face very hot weather while fighting fires so they need to be fit in order to survive such situations.

Philiswa Mbuku, a firefighter from Elliot base, obtained her Yellow Card and said she was very happy to get it because it qualified her to be a firefighter who can fight fires during fire season.

“The test that we went through during the yellow card training was very tough but through hard work and dedication we succeeded as a team,” she said.

With the training that they got at the camp, all the firefighters who received their Yellow Cards are ready for the winter Fire Season.

Working on Fire provides fire suppression and prevention services to a range of landowners throughout the Eastern Cape.