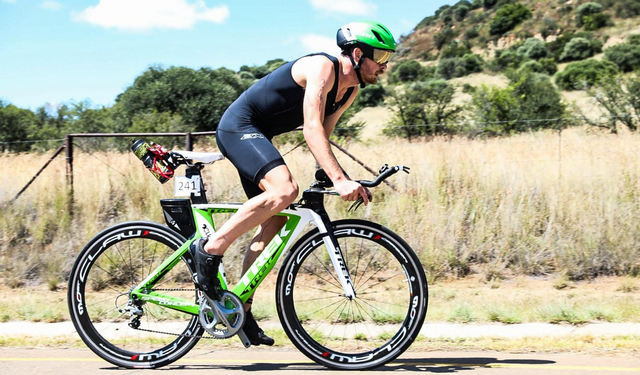 A triathlon is an endurance multisport race consisting of swimming, cycling, and running over various distances. Triathletes compete for fastest overall completion time, racing each segment sequentially with the time transitioning between the disciplines included.

For the South African Championships, Jonathan cycled for 40 kilometres, ran for 10 kilometres and swam 1.5 kilometres. He completed the triathlon in a total of two hours and seven minutes.

“I did not swim too well; I did 25 minutes and I came out the water fifth,” he said. “The water was very warm that day and so the race was not pronounced wetsuit-legal.
“I had the fastest bike split, completing it in an hour flat and came off the bike in third. “I knew that running is my strongest point. Indeed, I managed to do the 10 kilometres in 38 minutes and I came number one,” he said.

The 24-year-old said he was in disbelief when he won at the Championships, because he’d only gone there to gain the experience of competing against the best in the country. “It has always been my dream to represent my country and this is a starting point for me: to race with the professionals,” he said. Jonathan is an Environmental Science Masters candidate at Rhodes University and he hails from Cape Town.