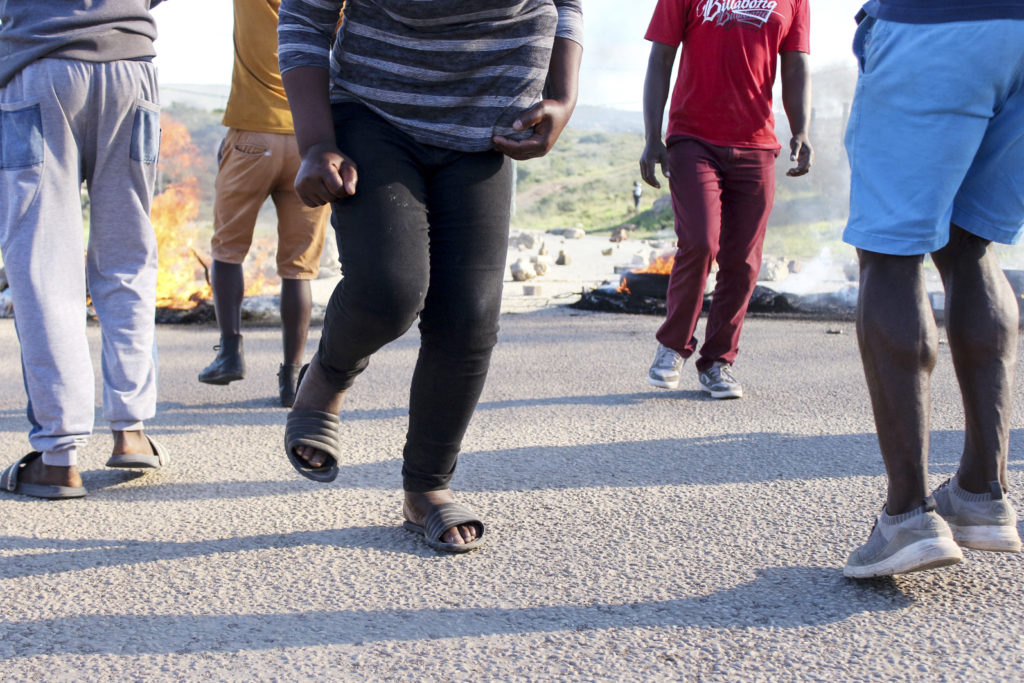 In the most recent incident, on Monday 12 April, a Makana employee was forced to hand over the keys of a municipal bakkie and flee when a large crowd stopped him, seized the vehicle and set it alight. Police spokesperson Captain Khaya Tonjeni said the incident occurred shortly after 3.30pm in Extension 9, Joza, between the Mayfield housing development and eNkanini informal settlement.

Tonjeni said the man, reportedly in his 60s, was dropping of employees in the area, when a large group of people stopped him and demanded the keys to the bakkie.

When he refused, the group forced him out of the bakkie.

“He made his way through the crowd and ran towards the houses in Extension 10,” Tonjeni said.

Soon after, he saw the vehicle had been set alight by the group, which then scattered among houses in the area.

The bakkie, valued at around R110 000, was destroyed, Tonjeni said.

Joza SAPS are investigating a case of malicious damage to property. No arrests had been made by Monday evening.

This is the second municipal vehicle to have been set alight.

The first was on Thursday 8 April, following a service delivery protest outside the Trollope Street, Hooggenoeg, electricity depot.

Residents of eNkanini informal settlement barricaded the road with rocks and burning tyres, demanding that the municipal manager tell them when electricity would be installed in the area. They said promises of electricity – the first three years ago – had been repeatedly broken.

As the protesters left around 4.30pm, a small group entered the Makana electricity supplies depot and Sugarloaf substation through a break in the fence. They ordered the security guard to leave and set fire to wooden chairs from the guard hut, before torching an electricity department vehicle.

The next morning, Friday 9 March, eNkanini community members gathered at the Community Hall in Ncede Street, Extension 9, where they burnt tyres.

The group then moved towards the Joza Post Office and the main entrance to Joza, where a group of around 50 demanded to see the Mayor.

Arrangements were made for Councillor Ramie Xonxa and Mayor Mzukisi Mpahlwa to meet community members in an open space at eNkanini.

At the meeting, it was agreed that Makana officials would meet the residents on Monday to brief them on the plans for installing electricity in the area.

GMDirect understands that this meeting did not take place and that the events of Monday 12 April occurred soon after the scheduled time.

On Tuesday 13 April, Makana’s Communications office issued a notice advising Makhanda residents that refuse would not be collected in township areas this week “due to ongoing violent protests”.

Residents were advised to keep their refuse bags inside their yards until further notice.

On Thursday 15 April, a meeting between residents, Makana officials and Eskom officials took place at midday.