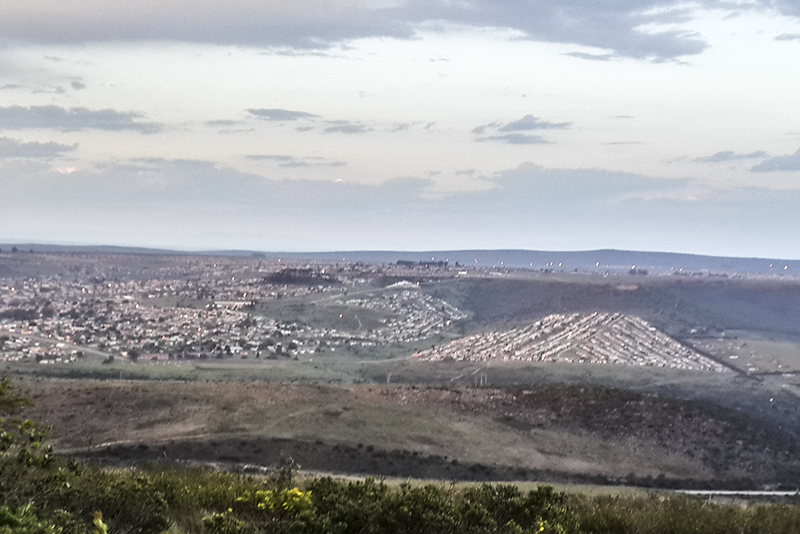 As the Grahamstown-Makhanda name-change case ratcheted up in the town’s high court this week, Arts and Culture Minister Nathi Mthethwa was described as arrogant in his ignorance of historical and material facts; the name-change objectors as obsessive in the face of the country’s laws and Constitution.

Judgment was reserved in the appeal this week against Mthethwa’s decision to approve the renaming of Grahamstown to Makhanda. The appeal was heard by a full bench on Monday 26 April.

In June 2018, Mthethwa’s decision to change the name of Grahamstown to Makhanda was gazetted.

Resident Sigudla Ndumo, who has previously represented the Keep Grahamstown Grahamstown (KGG) campaign as joint co-ordinator, objected on the basis Mthethwa and the provincial (EPGNC) and national (SAGNC) geographic names councils had failed to properly consult or follow procedure.

In December 2019 Judge Murray Lowe rejected Ndumo’s application to have Mthethwa’s decision set aside. Justice Lowe then granted Ndumo leave to appeal after a review application heard on 5 February 2020. The appeal was heard on Monday 26 April 2021.

Izak Smuts SC, with Gavin Brown, argued the appeal on the basis the Minister had failed to comply with the requirements of the Promotion of Administrative Justice Act (PAJA). Of Mthethwa’s answering affidavit, the heads of argument said that “amongst other defects … the decision ultimately taken is so unreasonable, when considered against the empowering legislation and the information before the Minister, that no reasonable person would have exercised the power in manner in which the Minister did”.

They raked Mthethwa over his assertion that Makana (or Makhanda) ka Nxele was born in this town and other allegedly incorrect assertions.

Ndumo’s case described the first proposal by Makana Municipality, in 2007, to rename Grahamstown, and the three public participation process that followed until 2013. “By the end of the process in 2013 it was clear that there was insufficient interest or support for a name change and the process effectively came to an end.”

By contrast, they said, the 2015 name change proposal had involved only 167 people at a single meeting and a call for comments and objections – nowhere near what was required for proper public participation. Not even the Makana’s council, as the community’s elected representatives, had been given a chance to vote on the name change.

They pointed out Mthethwa’s error in saying that the first consultations had been about renaming the municipality rather than the town.

“Makana Municipality was so named as long ago as December 2000.  That is seven years before the launch of the 2007 name change consultative process,” they said.

Ndumo’s team also emphasised the SAGNC’s mandate to standardise names to avoid misunderstanding and confusion. ”The renaming of Grahamstown as Makhanda was premised on renaming the town after the same person: Makana Nxele,” the documents state. “That the two names refer to the same person but reflect different spelling constitutes a manifest failure of the PGNC, the SAGNC and thus the Minister to comply with the precepts of the Act and with the guidelines in respect of standardisation. “

They were utterly scathing about Mthethwa’s historical knowledge, pointing out among others that Colonel John Graham had left the town several years before the Battle of Grahamnstown.

“The Minister’s arrogance with respect to his (mis)understanding of the history of the city is, with respect, astounding,” Ndumo’s documents state.

Senior Counsel Albert Beyleveld with Xola Nogantshi represented the Minister of Arts and Culture and the South African Geographic Names Council. Their documents amplified Judge Murray Lowe’s original emphasis on the principle of substantive justice through redress versus procedural justice in terms of PAJA. They countered the appellant’s claim of inadequate consultation and lack of due process and said the KGG had failed to attend public hearings.

They said very little attention had been paid to what Constitutional Court called a “shameful colonial past” in the town’s history and original renaming.

“Our Constitution and law was never meant to facilitate the frustration of real justice and equity through technicalities,” they said.

Notwithstanding Ndumo’s emphasis that his case was not for keeping the name Grahamstown but against the failure of process, Mthethwa’s scathing indictment was that “The obsession of the appellant and those supporting him is to keep the colonial town name regardless of the country’s laws and Constitution.”

In his heads of argument, he said, “Colonialism or apartheid is a system so stubborn that its divisive and harmful effects continue to plague us and retard our progress as a nation more than two decades into our hard earned constitutional democracy… Almost all cities, towns and street names continue to reverberate with great sounds of veneration for the architects of apartheid, heroes and heroines of our oppressive and shameful colonial past.”

The appeal was heard buy a full bench comprising Judges Mbulelo Jolwana, Lindiwe Rusi and Elna Revelas. Judgment was reserved, which means the judgment s still to be handed down. This usually takes anything between two weeks and two months.