Cold with clouds and easterlies 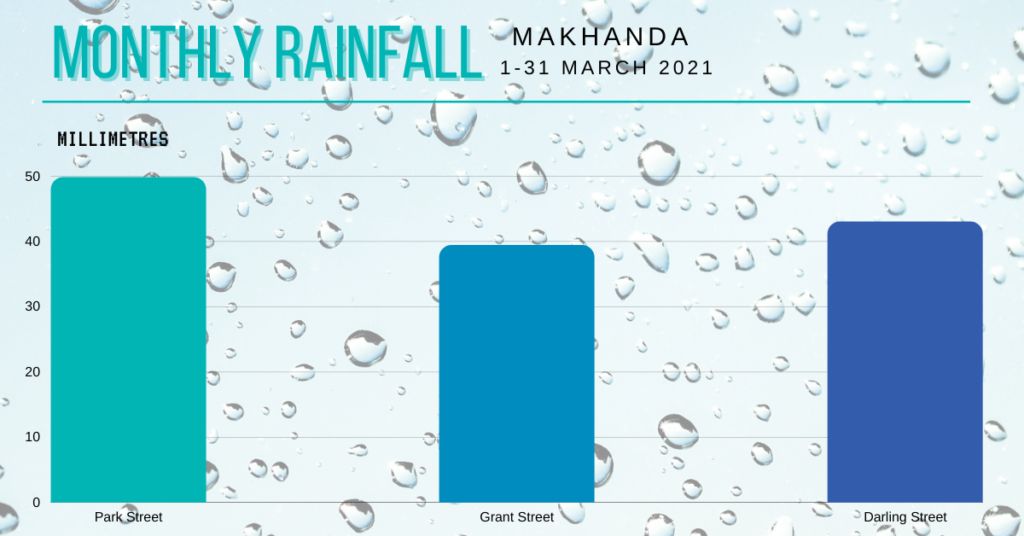 How does this compare to other years?

“Not that well at all,” says Jim Cambray.

“So for April we can hope for good rains – although overall in April we
usually get less rain than in March.”

Rainfall-wise, in Grant Street it was “another miserable month” with total rainfall at 39.4mm and mean at 61.7mm.

At Darling Street, the March monthly rainfall was 43.0mm – “only slightly better than the February 2021 rainfall” reports Roger Rowswell

Rainfall for both Darling Street 2021 and Old Gaol 1922 is not typical for March, as March is usually a peak for late summer rainfall. This can be seen when comparing rainfall measured for the specific stations and the respective LTAs.

“The weather for March 2021 has, in my opinion, not been typical for the month,” says Rowswell. “It has been cooler than I can recount  for any previous March, due to cloud cover and easterly winds.”

“This can be expected as it is likely to decline further in the following months but will then re-establish in July/August and strengthen, we hope.”