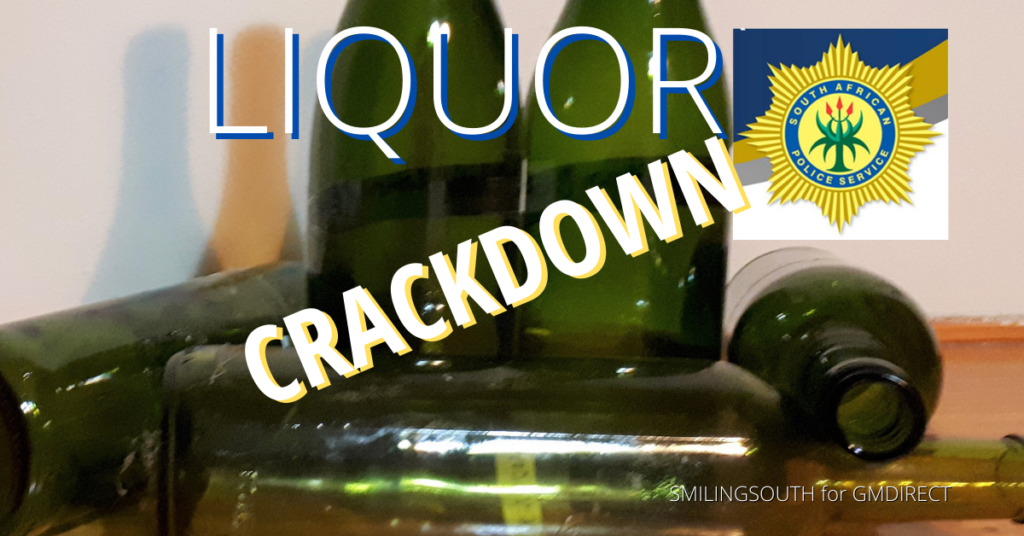 Fifty six people, including several University of Fort Hare students, were arrested and fined for contravening Alert Level One Curfew conditions in Alice on Friday 26 March. The arrests were in the course of Operation Gijima Tsotsi Blitz conducted by the Eastern Cape Liquor Board (ECLB) in partnership with South African Police Service (SAPS) to clamp down on non-compliant liquor outlets in and around Alice. Similar operations will be conducted in other areas in the province in the coming week.

Liquor Board spokesperson Mgwebi Msiya said the operation was part of the ECLB and SAPS initiative to enforce responsible liquor trading ahead of Easter weekend: there are fears that that liquor outlets might violate their trading conditions and  become super spreaders of Covid 19.

Also during the operation, two liquor traders were arrested for selling liquor without a valid liquor license. Quantities of liquor were confiscated. One of those charged was an elderly woman at Krwakrwa Location; the other was a young man at Nkobonkobo Location, both in Alice. And a 31-year-old man was arrested for driving under the influence of liquor. He was charged and given a date to appear in court.

The curfew-breakers were fined R500 each.

“The focus of the operation was also to curb public drinking, which has become a common phenomenon in Alice,” Msiya said. “ECLB is also very concerned with the increasing rate of people who sell liquor without valid liquor licenses and will replicate similar operations in other areas of the Province, especially as Easter weekend draws closer.”

The Eastern Cape Liquor Board encouraged community members to report cases of non-compliance with Covid-19 regulations and liquor license conditions to its toll-free line, 080 000 0420, or WhatsApp 076 403 6223.