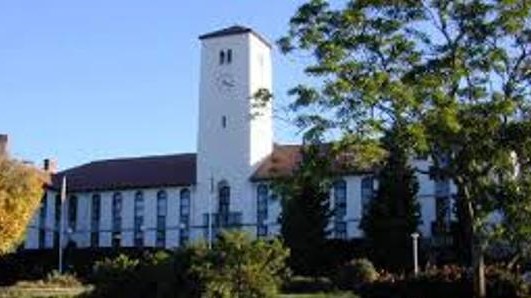 On the eve of a planned shutdown of university campuses across the country, Rhodes University has urged the Department of Higher Education to find a sustainable way to fund deserving students. The Rhodes SRC on Friday 12 March put a halt to its O-Week programme and gave the University until 10am on Monday 15 March to respond to a list of demands regarding registration fees, student aid allowances, laptops and data.

Late on Sunday 14 March, the SRC posted on its page a call by the Rhodes University SRC, EFFSC and SASCO for the student body to convene outside the Drostdy Arch at 6am on Monday 15 March for a briefing.

The Student Representative Council earlier on Friday said it supports the national shutdown planned for Monday 15 March. “We stand in solidarity with the movement of shutting down institutions and empathise with the plight of all students,” said Secretary-General Michelle Makokove.

During the past two weeks, several students were arrested during protests by University of the Witwatersrand students.  Outrage flared as bystander Mthokozisi Ntumba died in Braamfontein, Johannesburg, on Wednesday, allegedly shot by police firing rubber bullets. According to Times Live, students across the country are broadly in support of the #asinamali (we have no money) protests, although specific responses from the various campuses differ.

Rhodes sounded the alarm ahead of the long-awaited return of students and the start of the already delayed academic year.

In a statement on 4 March, the University said while it was set for the start of the academic year, with orientation and registration set to begin the next day, the National Student Financial Aid Scheme (NSFAS) had still not finalised funding approvals for first time entering students (FTENs) and returning students.

“The implications of this lack of confirmation are two-fold,” the University said. “First time entering students are not able to register, and while returning students have registered, they will not have access to allowances. This situation is deeply concerning as the University had put all plans in place for a successful start of the 2021 academic year.”

The University issued a new statement on Friday 12 March, following a meeting with the Student Representative Council, saying that:

“It is disconcerting that every single year universities have to contend with this challenge of funding for academically deserving students from poor and working-class backgrounds,” the University said. “It is imperative that DHET and other role-players find a long term, affordable and financially sustainable mechanism of funding deserving students. The instability that marks the beginning of each academic year has a hugely harmful effect on Higher Education in our country.” In a statement to students, SRC Secretary-General Michelle Makokove said the University hadn’t been transparent with the student body about measures taken to mitigate the NSFAS funding challenges.

“The academic year resumes in 2 days and their stance of “business as usual” is a complete disregard of the impediments that prevent students from engaging in their academic activities,” the SRC said.

A letter submitted to the Vice Chancellor’s office on Friday the SRC demanded that the 2021 academic year should be delayed until all their demands are met. These include that:

The SRC said should the University fail to meet these demands by Monday 15 March at 10am, the SRC would participate in the national shutdown.

It would be communicated to the student body “how the disturbances will be carried out at the admin building and also virtually to accommodate students who have no permit to access campus”. Meanwhile, an EFF Student Command campaign on Friday 12 March saw a group of students staging a sit-in at the Rhodes University Administration building under the Sizofunda Ngenkani (we will study by force) campaign.

“We are here at the VC office fighters demanding that the VC respond to our demands on the letter we hand delivered to him. We will #OccupyAdmin till our demands are addressed by the VC,” A post on the EFFSC Uckar’s Facebook page read. Uckar stands for University currently known as Rhodes.

The sit-in was later suspended. “We have decided to suspend the #OccupyAdminBuilding because of the Curfew. We fear the reaction that we may be subjected to from the police if we break the curfew rules. We still maintain that this is a peaceful protest and we therefore commit ourselves to following the curfew rules in the process.”

In an indication that they will support the national shutdown on Monday 15 March, the EFFSC Uckar posted: “We stand in solidarity with the fighters at Wits and all students who are at risk of losing funding, those with historical debt and those who cannot afford the exclusionary initial fee payment in demanding that NSFAS must fund all first-year students and that no student must be prevented from registration… we will have no plan but to support a national shutdown of all institutions of higher learning until every student registers.”

Funding to be reprioritised

After the protests at Wits and other campuses during the past week, Cabinet met to discuss the NSFAS funding shortfall. On 11 March Minister of Higher Education, Science and innovation Dr Blade Nzimande announced that funding from the DHET Budget would be reprioritised “to ensure that all deserving NSFAS-qualifying students are able to receive funding support for the 2021 academic year”.

Nzimande said further reprioritisation could only take place as part of the Medium Term Budget process later this year. Cabinet instructed a comprehensive review of the government’s student funding policy to support students in financial need, including those from poor and working class backgrounds as well as the so-called missing middle.

NSFAS bursary guidelines had yet to be finalised, but students already funded on NSFAS bursaries would be able to continue as long as they meet the academic criteria. However, there would be no funding available for new entrants on second or postgraduate qualifications. The latter was the responsibility of the National Research Foundation, Nzimande said.

“The only exception is that students who have completed Higher Certificates and gain access to a degree or diploma programme are able to receive funding, if they meet the academic and financial criteria.”

Nzimande met over the weekend with the South African Union of Students (SAUS), which represents all public university SRCs, regarding student demands.

Universities, including Rhodes, have agreed to extend registration dates

Funding eligibility decisions for new students had been released on 12 March, Mncwabe said, and students should check the NSFAS portal to track their funding status. (nsfas.org.za – myNSFAS).

“This now means that students will know their funding statuses and can proceed with registration processes at their chosen institutions to the extent that they have been accepted by those institutions.”

For continuing students, however, this process was managed through institutions. All NSFAS-qualifying university students on the DHET grant scheme (i.e. those students who were registered prior to 2018) will be subject to the funding cap of R98 700.

Allowances for students on the DHET bursary scheme for 2021 are as follows:

Previous ArticleLandmark anniversary for local hero
Next Article ‘Give us back our hall,’ residents demand