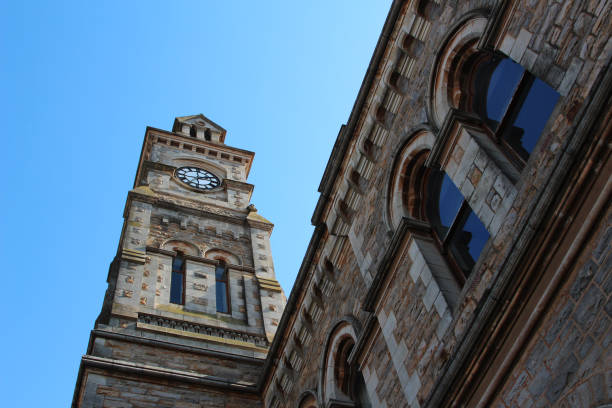 Makana Municipality is currently undertaking a number of important capital projects around Makhanda, which will make a visible difference in the lives of local residents.

Sewage spillages are a big concern all around our town. Makana LM would like to assure residents that it is taking the necessary steps to deal with this problem.

Maintaining a smooth-running sewerage network is the duty of both the municipality and residents. The Municipality is responsible for ensuring that the network is able to cope with the current demand on the network. Residents have to make sure that no foreign objects such as nappies, sanitary towels or any hard material that will cause the system to block.

One of the main objectives of the upgrade of the Mayfield outfall sewer is to ensure that Makana LM is able to reduce sewage spillages while also taking into consideration new developments all around Makhanda by replacing smaller old pipes.

The key focus areas of the project include:

Upgrade of Ncame Street in Joza

The road network all around Makana Municipality is in desperate need of repair. The municipality is aware of this and plans are in the pipeline to revamp our road network. This will take time and priority will be given to the busier roads.

The objective is to rehabilitate the surfaced streets serving the suburb of Joza in Makhanda. However, due to budgetary constraints, only Ncame Street will be upgraded in this contract. The road infrastructure in Ncame Street which is currentlya  tar road will be resurfaced. The contractor will remove the tar and replace it with paving. The total length of road to be upgraded is approximately 3100 metres, divided into five distinct sections.

The key focus areas of this project are:

The project is expected to be completed in 72 weeks from the commencement date. The total budget for the project is R18 332 367.78.

Makana Local Municipality intends to uplift the standards of basic water services within its area of jurisdiction by providing sustainable and durable infrastructure to its communities. The objective of the project is to ensure uninterrupted water supply to residential areas of Makhanda. The replacement of the asbestos pipes with uPVC pipes will improve sustainability and reliability of the source of water.

The key focus areas of the project are:

Approximately 4.5km of asbestos pipes have been identified for upgrading. It is proposed that the existing pipes be replaced with uPVC pipes of various classes and similar diameters. The proposed replacement of the pipes will assist in alleviating water losses, wasted maintenance costs, distress experienced by the general public and businesses and also negating possible negative environmental impacts due to the ongoing maintenance required to fix the pipes.

The asbestos pipes will be replaced on the following streets:

All of these projects will offer temporary employment opportunities for local residents.

Makana Municipality Executive Mayor Councillor Mzukisi Mpahlwa said these were important steps in addressing some of the challenges faced by the residents of Makhanda.

“When we work together, nothing is impossible. It is important for all involved that all of these projects are completed on time,” Mpahlwa said.