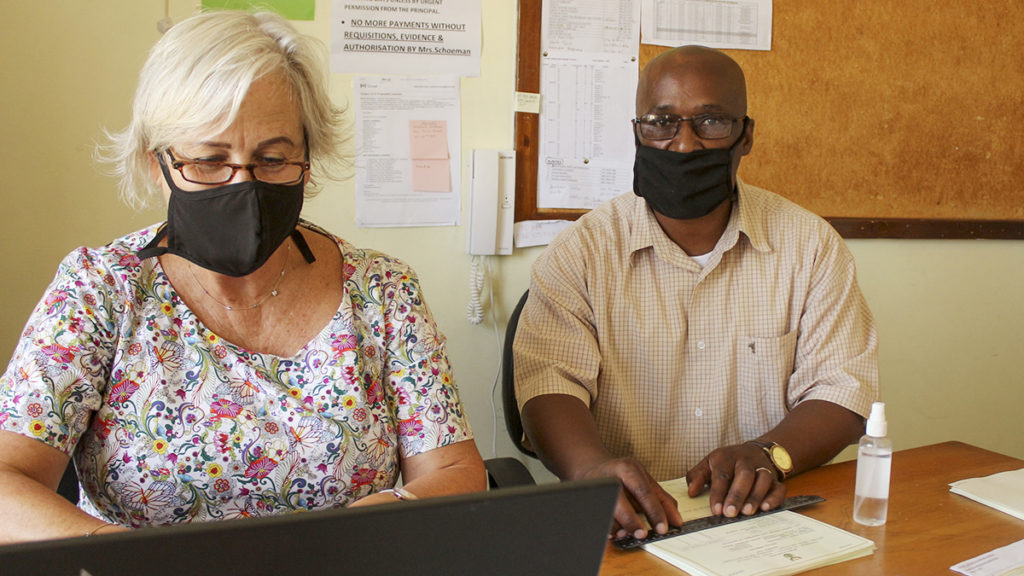 Makhanda schools have bounced back from the disappointing results of 2019 in style and in the process recorded a collective pass rate of 80% for the first time in the city’s history. Whereas both the national and provincial pass rates declined significantly, the city bucked this trend to post an improvement of just over 4 percentage points. To be specific, the national pass rate declined from 81% in 2019 to 76% in 2020 (5 percentage points) and the Eastern Cape from 77% to 68% (9 percentage points), but Makhanda improved from 76% to 80%. This is a remarkable achievement in many respects. For example:

Moreover, it should be recalled that the odds were stacked heavily against the 2020 cohort.

There were two particularly important factors in this regard. First, 2020 was the first year that ‘progressed’ learners wrote the full set of examinations and were thus factored into the pass rate calculations. If one looks at the national situation in this regard, there were approximately 70 000 progressed learners who sat all the examinations in November last year. This number lifted the total number of candidates from approximately 500 000 (the 2019 quantum) up to 570 000 in 2020. Minister Motshekga indicated that it was this grouping that was primarily responsible for the decline in the national pass rate. (If this grouping is removed from the calculations, the pass rate is over 81%, as it was in 2019.)

Second, 2020 saw protracted school closures as a result of lockdown. This meant that the matriculants were denied considerable teaching time as well as the opportunity to write the mid-year examinations. To an extent, these losses were mitigated by school efforts to provide resources and other forms of support to the learners during lockdown. But the confusion, uncertainty and fear that were so prevalent from late March until early August undoubtedly had a negative effect on the well-being and learning programmes of the Class of 2020. Despite all this, the Makhanda matriculants of last year produced a record pass rate of 80%.

In order to understand how this accomplishment was possible, it is necessary to peruse the results of the individual schools.

There are nine public high schools in Makhanda. Graeme College, P.J. Olivier and Victoria Girls (VG) are schools where fees are charged, as opposed to the other six that do not charge fees.

The fee-paying schools all produced strong pass rates in 2020, with VG headlining with a perfect 100%. The no-fee sector similarly produced good results, with one rather glaring exception. Ntsika should be commended for its 85% pass rate, whilst Khutliso Daniels improved dramatically, from 50% in 2019 up to 78% in 2020. Similarly, Nathaniel Nyaluza significantly improved its pass rate, albeit with a small cohort of learners. Unfortunately, the historically poor performance of TEM Mrwetyana continued unabated in 2020; all that it could muster was a 34% pass rate. The point here however is that eight of the nine local schools contributed to the city’s overall record high pass rate. It was a genuinely collective effort.

When analysing matric results, it is necessary to move beyond a narrow focus on quantity (pass rates and numbers) to also consider quality. The latter is most commonly and reliability assessed by honing in on the percentage and number of Bachelor passes, previously referred to as ‘university exemptions’.

One of the highlights of Makhanda’s much lauded 2018 results was the record number of 238 Bachelor passes. This meant that 42,7% of candidates who sat the examinations two years ago obtained Bachelor passes.

Last year, I bemoaned the dramatic drop in Bachelor passes, down to 187 and pointed out that this translated into a poor success rate of 34,6%. It is therefore most pleasing to report that the Bachelor pass statistics rebounded gloriously in 2020. 230 candidates, or 42,6% of the total cohort, obtained Bachelor last year. In other words, the class of 2020 managed to reach the stellar heights of the class of 2018 in this regard.

The no-fee sector contributed significantly to this achievement, by contributing 98 of the 230 Bachelors, which translates into 43% of the total. Ntsika’s share of this contribution was a massive 46! When one considers that it was not long ago that this school generally produced single digit Bachelor numbers, one realises just how far it has come under the inspirational leadership of Madeleine Schoeman.

It is also necessary to note that Khutliso Daniels improved its bachelor numbers tenfold, from 1 to 10. Radio Mcuba can take a bow for his dogged determination over recent years to put his school on the upward trajectory that has now been achieved.

Finally, the consistency of the fee-paying schools in producing significant numbers of Bachelor candidates should be acknowledged and applauded. It is particularly pleasing that Graeme College put its setbacks of 2019 aside and produced a much-improved performance in 2020.

In conclusion, it is worth noting that we do not know what 2021 holds in store. It is quite possible that schools could face further protracted unscheduled closures in the not-too-distant future.