Illegal dumping back in the spotlight 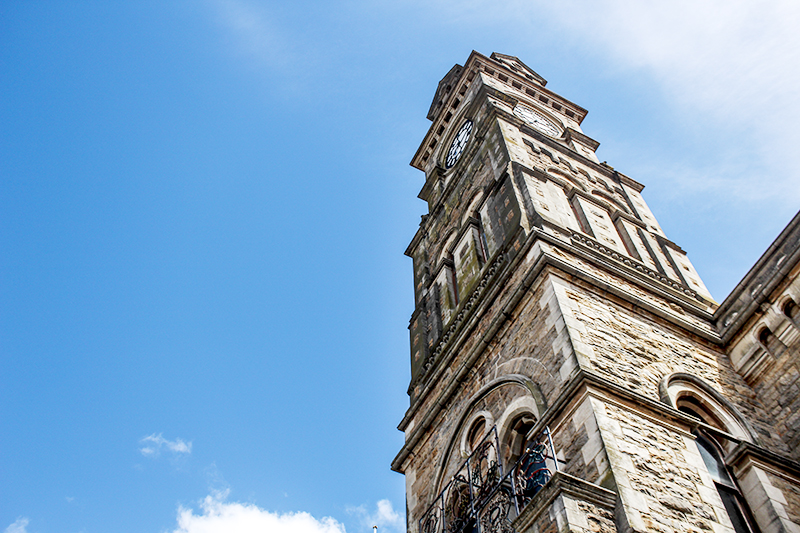 More than 100 loads of dumped waste were removed from Aiken Street during three weeks in 2019 and 15 loads were removed from outside JD Dlepu stadium in Joza from 29-31 October. From October through December of that year, skips and containers across the town were emptied 71 times.

This information is contained in the Council’s Social Development portfolio minutes of 28 January 2020. It forms part of Makana Municipality’s response to an October 2020 court application.

Makana’s municipal manager Moppo Mene puts the blame squarely on residents for the piles of rubbish lining Makhanda’s streets. Members of the public disregard bylaws and have failed to attend the environmental awareness programmes provided for their benefit and education, Mene says.

These are some of the arguments Makana Municipality put forward in its December 2020 bid to exonerate itself from illegal dumping across the town.

Covid, a burgeoning amount of household waste of different types, an ageing fleet, and outdated bylaws that need updating have resulted in more than 40 illegal dumpsites across Makhanda, Mene says in the municipality’s answering affidavit to a 2020 court application.

In October 2020, a group of Extension 6 residents took the Eastern Cape MECs for Environmental Affairs and for Cooperative Affairs and the Minister of Environmental affairs to the Grahamstown High Court. The Ezihagweni Street Committee, as they were named, joined forces with the school governing body of Mary Waters Secondary School to highlight that waste management in Makana Municipality was inadequate and inconsistent. Because of this, they said residents and businesses had resorted to illegally dumping waste.

In their court papers, they said that:

They asked the court to direct Makana Municipality to remove illegal dumpsites and improve its waste management systems to meet residents’ needs. They said the municipality must respect residents’ right to an environment that is not harmful to their health, as guaranteed under section 24 of the Constitution.

A report by Director of Safety and Community Services Kelello Makgoka forms part of Makana’s 4 December 2020 answering affidavit. In it, Makgoka says a significant reduction in budget means the cleansing department’s fleet is much smaller.

He says there is a waste management schedule, and staff collect rubbish.

The answering affidavit signed by Municipal Manager Moppo Mene contains extensive reporting on Makana’s waste collection services. This includes a refuse collection schedule, a 2019 environmental awareness programme at some schools and the counter-assertion that they provide refuse bags every week.

Makana identifies more than 40 illegal dumping sites to be cleaned up. And the 28 January 2020 portfolio committee report for Social Development attached reported that no fewer than 113 loads of rubbish had been removed from Aiken Street from 3-23 October 2019. On 29-31 October, 15 loads were removed from outside JD Dlepu stadium. From October through December, skips and containers were emptied 71 times across the city.

No illegal dumpsites were cleared in November and December 2019 because the front-end loader was in the workshop.

The report also includes a progress report on the landfill.

Some of the efforts made by Makana to raise awareness about the environment had included:

In his answering affidavit, Mene says household waste management is a challenging task because of the increasing amount of waste and the large quantity of different materials in this waste stream.

“Despite the first respondent’s efforts at educating the public… there remain some challenges which include the failure by residents to fully support or attend and or take note of any of the [environmental]programs …conducted,” the answering affidavit says.

Given the processes that must be followed, the 60-day time frame the applicants demand is impractical, Mene says. Eight months would be more realistic.

Responding this week to questions from GMDirect about what the plan is to prevent a recurrence once the dumpsites are cleared, Makgoka said the 22 young people employed under the President’s Thuma Mina Green Deeds programme would be conducting door to door education programmes, especially focusing on those living close to the illegal dumpsites.

The team had been constrained during the hard lockdown, and limited in their ability to interact during level 3; however, their work was continuing. Their contracts started in 2019 and would run until 2022, Makgoka said.

The group is managed by Maliwa. All are seconded by and paid for by the Department of Environmental Affairs. They are active in 13 of Makana’s 14 wards, Makgoka told GMDirect. Rhodes is excluded because it’s not affected by illegal dumping.

The Legal Resources Centre told GMDirect they will file their response to Makana’s answering affidavit this week.