Makana’s Kop gets a Green facelift 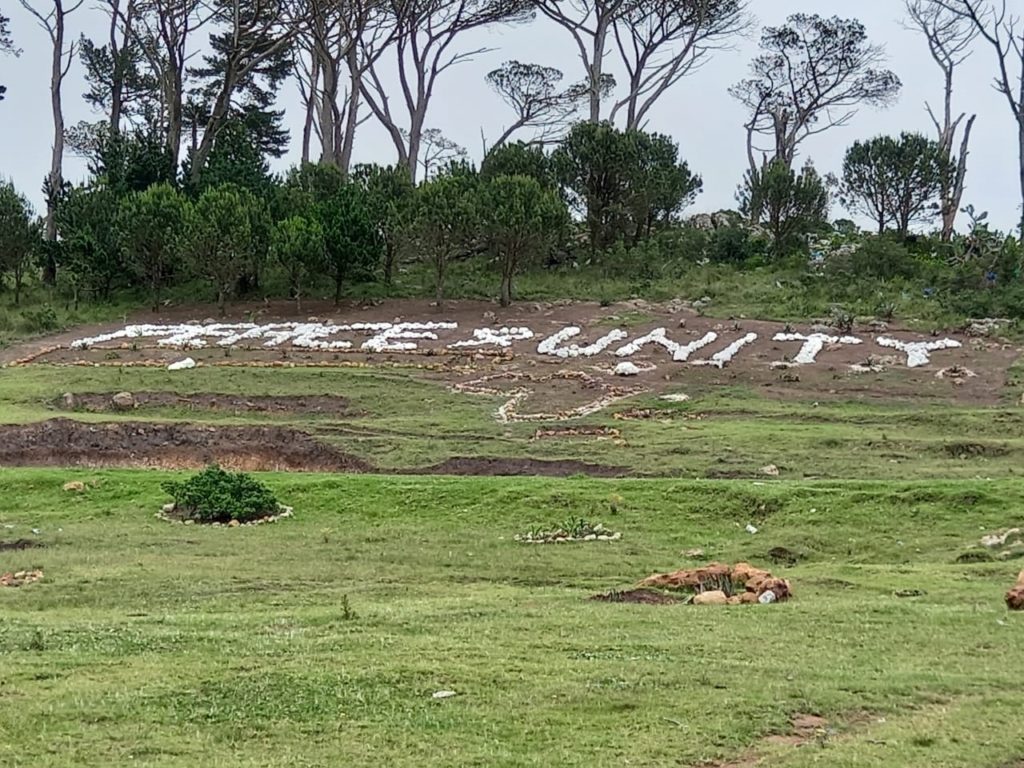 A cleanup campaign is under way at Makana's Kop. Photos: Tim Bull

Something special is under way on Makhanda’s iconic Makana’s Kop, thanks to cultural heritage enthusiast Sizwe Mda. Where once rubbish lay strewn across the hillside, now white-painted stones have been used to form the words, ‘Peace & Unity’ and border clusters of aloes and other indigenous plants.

Mda has dubbed this the #HeritageResourcesRegeneration_CleanUp Campaign. He explained that the campaign aims to clean up the heritage sites on the east side of Makhanda, with the hope of attracting tourists to those areas.

This, he believes, has the potential to create sustainable job and business opportunities there – particularly for women.

The campaign, launched on World Aids Day, saw 17 people employed for the morning on the slopes of Ntaba eZono or ‘Mount Zion’ as Makana’s Kop is commonly known.

The event was hosted by the King Lobengula Foundation in collaboration with the Department of Health. Guests of honour were Makana Mayor Mzukisi Mpahlwa and Makhanda Legends member Sky Albany.

World Aids Day, an internationally designated day on 1 December every year since 1988, is dedicated to raising awareness of the HIV/Aids pandemic caused by the spread of HIV infection and to mourn for those who have died of the disease. In his address Mpahlwa encouraged women to be the leaders of change in their respective communities.