Smoke but no fire 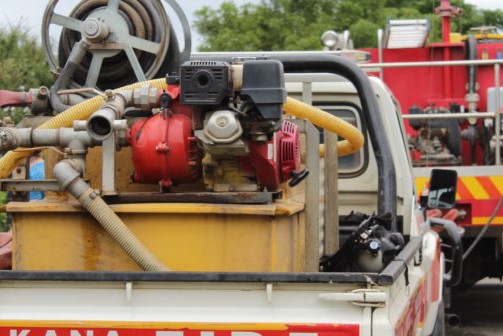 Smoke that filled Makhanda last night and today may be from a large veld fire at Oyster Bay near St Francis. No fire has been reported or discovered in or around Makhanda.

Kouga Fire and Emergency Services this morning confirmed to Grocott’s Mail that there is a veld fire near St Francis. And the following message that was circulated widely on WhatsApp groups was forwarded to us. Grocott’s Mail cannot confirm the source.

WhatsApp message (source unknown):
These is currently a big fire in Oesterbaai area that stretched into the foothills of the Kouga. The big North Easter wind yesterday chased the smoke over the mountains. Late last night the wind turned westerly, sending the smoke behind the mountains back down to the coast over the Boesmans River and Port Alfred/Grahamstown area.

“The higher lying suburbs of Forest Downs and Emerald Heights in Port Alfred experienced poor visibility this morning due to the smoke and could smell it,” Cohen said.

Makana Fire Chief William Welkom said this morning, “According to our records the crew could not find any fire on Mountain Drive this morning.”

Residents in the Howison’s Poort and Martindale areas confirmed there was no fire there.

We’ll update you when we know more.