The cost of Covid to the classroom 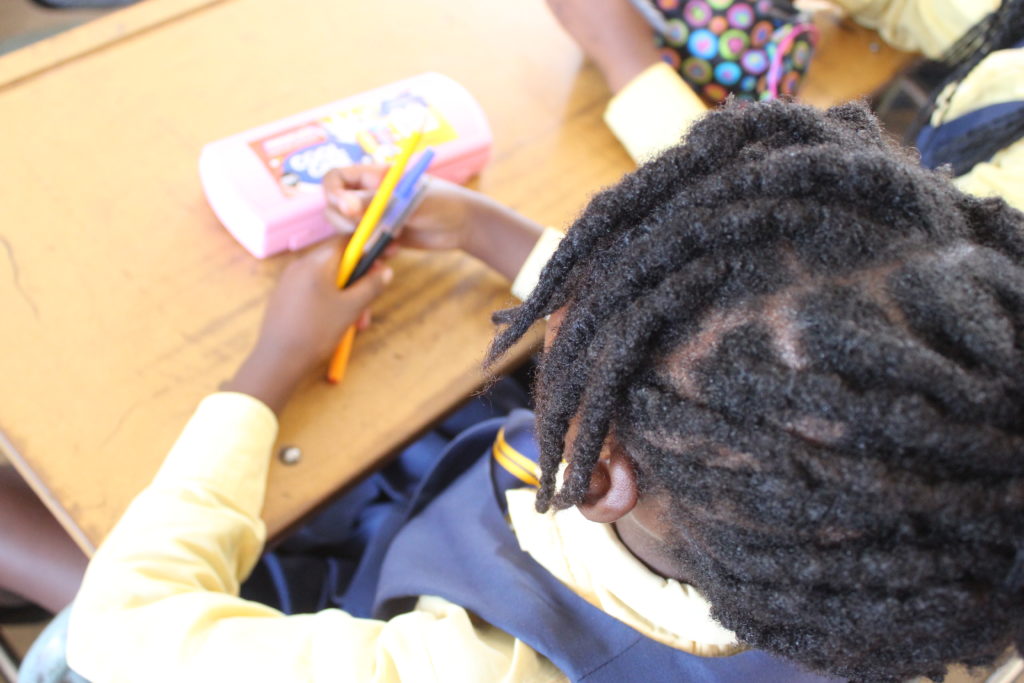 Ashley Westaway looks at the impact on school learning that Covid has had in Makhanda and what can we expect out of our Lockdown learners when the 2020 National Senior Certificate matric exam results are released next year.

Lockdown and the associated closure of schools have had a negative impact on public education in South Africa. The protracted school closure has exacerbated inequalities across public schools and it has also widened inequalities amongst learners within schools.

This analysis and forecast uses current assessment data from the no-fee sector to comment about the differentiated impact of lockdown on the learners of Makhanda. Commentary on the matrics will be elaborated, to give local residents a sense of what to expect when the NSC results are eventually released, on 22 February 2021.

There was a concerted advocacy effort around the middle of the year to press government to reopen all primary schools, especially for Foundation Phase learners. Unfortunately, the compelling arguments to reopen Grades R – 3 fell on deaf ears, with the result that most of these children lost many months of schooling.

This is teaching time that will never be caught up. Thus it is not surprising that the results of oral reading fluency assessments conducted in the city over the past two months indicate that Grade 1 learners in no-fee schools have made little to no progress in developing literacy skills. Most of our Grade 1s cannot read a single word in their respective mother tongues, yet they will be promoted to Grade 2 next year.

A general finding of the assessment study is that Foundation Phase learners’ oral reading fluency (or de-coding competence) is much weaker than it has been in the past. For example an average 2020 Grade 2 learner is able to read fewer words correctly than an average 2019 or 2018 Grade 2 learner. This educational decline will compound the professional pressure on public school teachers in 2021 and beyond.

In the Intermediate and Senior phases a different dynamic emerges. Assuming that children in these phases are functionally literate, they were (potentially) able to engage in independent reading and self-study during lockdown. The keys to realising this potential were the availability of suitable books and a conducive home environment.

The former was a massive hurdle since many schools closed hastily in late March, sending their learners home without a single book.

In order to address this issue, organisations such as GADRA Education put an emphasis in April/ May on developing, producing and distributing resource packs to learners and their parents. But these packs did not reach all learners and it can be reasonably assumed that not all homes presented an environment that was conducive for educational endeavour.

In this way, lockdown put the spotlight on the crucial role that parents play in either promoting or retarding the educational development of their children.

In the light of the disappointing TIMSS (Trends in International Mathematics and Science Study) results released earlier this week, it is necessary to sound particular alarm about the situation of Grade 8 and 9 learners. Grade 8 learners were the final grouping to return to school in the phased re-opening process. They only got back into the classroom on 31 August, having missed out on five full months of teaching.

The TIMSS study indicated that almost 60% of Grade 9 learners in South Africa do not meet the lowest acceptable international performance benchmark in Mathematics. It is thus highly likely that the number and proportion of Grade 9 learners that are able to choose Mathematics rather than Mathematical Literacy in 2020 and 2021 will be lower than ever before.

Turning attention to the matrics, it is instructive to make some comments on the size of the cohort before explaining the specifics of the effects of lockdown on the class of 2020.

It may be recalled by the readers of Grocott’s Mail that 2019 was the final year of ‘modularisation’ in South Africa. That policy required learners who had not passed Grade 11 but been ‘progressed’ to Grade 12 nevertheless, to complete their matric examinations in a modularised fashion. They would write half of their six subjects (other than Life Orientation) in October/ November of their matric year and the other half in a second module, written in May/ June of the following year. While in operation, modularisation had the effect of reducing the number of full-time matriculants.

Clearly, there has been remarkable consistency in the consolidated number of local matriculants over the past three years. This does not signal good news. Given the fact that approximately 1200 children enter public school Grade 1 classrooms every year, the figures above imply that Makhanda’s remains stubbornly high, at 54%. In other words, unfortunately the scrapping of modularisation has not had the (anticipated or expected) effect of increasing the number of full-time matriculants in 2021. I do not have adequate information to advance reasons for this, other than to say that lockdown did cause some learners in at least two local schools to drop out.

Long wait
The National Senior Certificate (NSC) examinations end next week. Thereafter the Class of 2020 will have to endure a very long wait before their results are released in late February.

The overall finding is that top-end performance was consistent with recent trends, but that the overall pass rate dropped dramatically. Top-end performance is best judged by considering so-called Bachelor passes. In the 2019 Finals, the four schools produced a combined total of 80 Bachelors passes. In the 2020 Trials, they account for 78 Bachelor passes. Whereas there is considerable year-on-year continuity at the top-end, the pass rate in Trials dropped like a stone, compared with the 2019 performance. In the final NSC exams the pass rate at these schools was 74%, but in Trials all that they could muster was a 59% pass rate. This is a 15 percentage point drop.

Disastrous
I will conclude with a preliminary attempt to make sense of the statistics presented above, by dividing the cohort into three performance-based groups.

It is likely that lockdown had the least negative effect on the top grouping, since these learners had already developed good study methods and techniques and rigorous academic disciplines and routines prior to the premature forced closure of schools in late March.

The middle grouping can be characterised as comprising learners who are reasonably serious about school, but who depend on it for their academic progress. These are learners with fragile study habits and who rely on class teaching and other school offerings to understand subject content.

For them, lockdown was disastrous; many have slid out of the middle group into the bottom group. Coming into 2020, the bottom grouping was larger than before, because of the scrapping of modularisation. Learners in this grouping have very weak academic inclinations and disciplines. Without schooling, they have no chance of success.

The Trials results present in the shape of an hour glass or egg-timer. There is a significant top-end, a missing middle and a bloated bottom.

In late February 2021, we should brace for the lowest Makhanda matric pass rate for the past five years at least, but paradoxically there should be sustained good top-end performance.