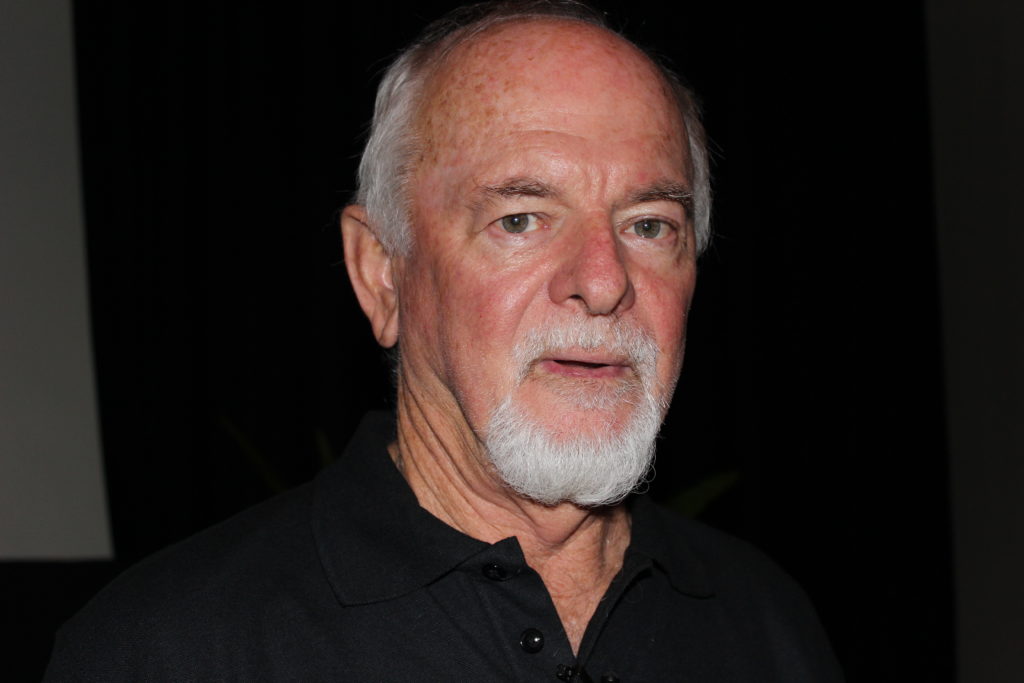 The Royal Society of South Africa recently awarded the Marloth Medal to Professor Mike Bruton for his lifetime contributions to science. This award is the latest of the long list of honours Bruton has earned since he joined ichthyology at Rhodes University many years ago.

Bruton has published over 120 scientific papers in peer-reviewed journals and over 800 popular science articles, and authored or edited 29 books, including five children’s books.

He was a professor and founding head of the Department of Ichthyology and Fisheries Science at Rhodes University and Director of the JLB Smith Institute of Ichthyology, which later became the South African Institute for Aquatic Biodiversity (SAIAB).

Bruton is no stranger to the pages of Grocott’s Mail as we have interviewed him several times, reviewed his books, attended his lectures at Scifest Africa and published a series about the science and innovation achievements of South Africans in a column entitled, ‘Turning over Logs’.

His most recent books include a tribute to the first couple of South African ichthyology, The Fishy Smiths; a chronicle of the coelacanth, The Annotated Old Four Legs; the autobiographical, When I was a Fish and a compendium of South African innovations, What a Great Idea.

This brief summary is not even the tip of the iceberg when it comes to Bruton’s achievements. One of his most important missions is curating the legacy of the country’s most famous ichthyologist, JLB Smith – the scientist who identified the first living coelacanth.

Smith was the first recipient of the Marloth Medal in 1944 and now this prestigious award has made a full circle as it was recently presented to Smith’s biographer – Professor Mike Bruton.

Announcing the award, the president of the Royal Society of South Africa, Professor Stephanie Burton said, “Professor Michael Bruton’s career epitomises the ethos of Herman Marloth’s varied life achievements as embodied in this medal. It is only awarded in honour of highly distinguished individuals who have given exemplary service to science, nurturing younger professionals, and fostering the public understanding of science.”

Bruton said the award meant a lot to him, especially at a stage in his life when he thought that his contributions had been forgotten. “I feel very humbled by the award, as there are so many great scientists out there.”

He added, “To me, the most important point is to remain curious and inquisitive, and I have found that, as I grow older, I have become more curious. Fortunately, I have remained healthy enough to continue to be active in science and science education.”

The Marloth Memorial Fund is devoted to the perpetuation of the memory of Dr Herman Rudolph Marloth, a renowned chemist and botanist.