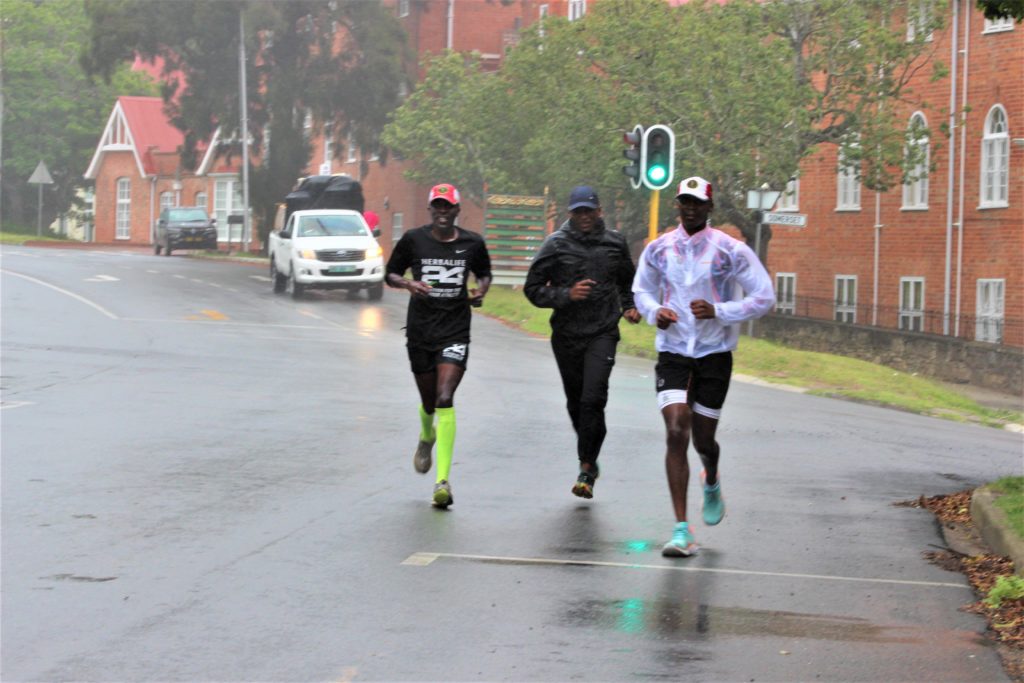 On Saturday 28 November, Makhanda born comedian, athlete and academic, Tsepiso Nzayo, ran from Nelson Mandela Bay to Makhanda.
Tsepiso started his preparations for the run in June this year, when he started by running 400 kilometres a month and eased down to 50km so that his body could relax a little for the big day. It took him 11 hours to reach the final destination.
He speaks highly of the support he received from everyone involved, and was especially grateful for the cheers and hoots from commuters, as they encouraged him to run even further.
Tsepiso said he was well prepared for the run: he was focused on his practice and nutrition played a vital role.
The run was a quest to raise funds for Makhanda Arts Development NPC, a local organisation established to address a lack of education and skills development in the arts. Tsepiso is pleading with the community to donate any amount they can afford, from R100-R1000.
“I have run in a lot of competitions and it’s not every day that I see organisations from black communities benefit from them,” said Tsepiso.
The run will be an annual initiative, as it gathers interest among more organisations, and the hope is to run from PE to East London with even more participants.
Previous ArticleSettlers Hospital health workers are angels
Next Article Makhanda hikers give back to the community