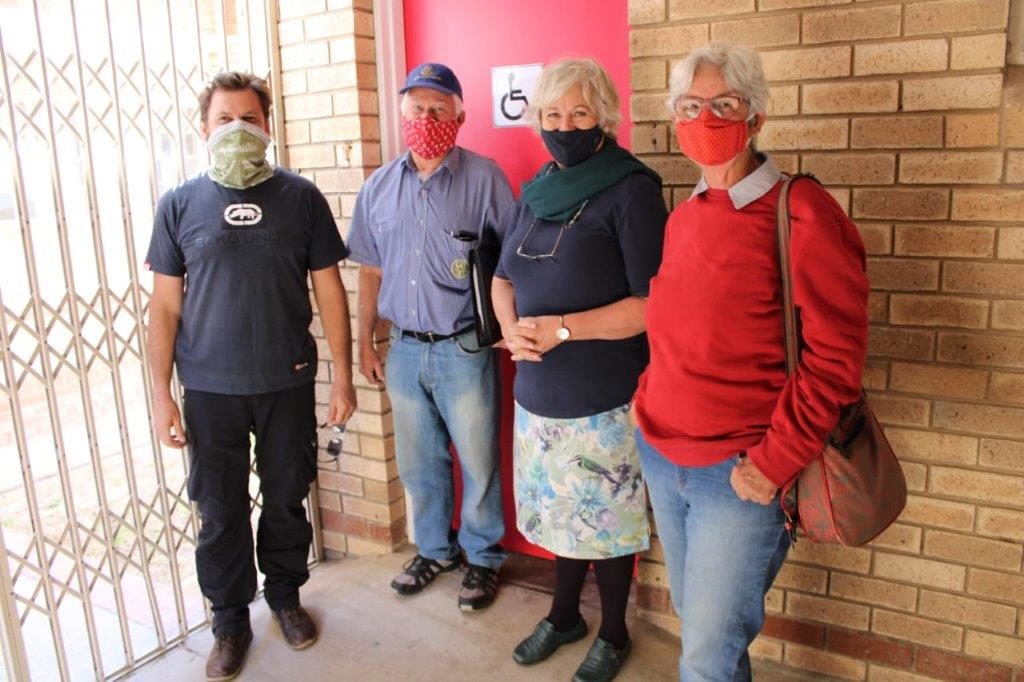 In 2016 Ntsika Senior Secondary School Head, Madeleine Schoeman, approached the Rotary Club of Grahamstown for help in upgrading the School’s bathrooms. Half the facilities at the school were no longer usable and those still in use, badly needed attention.

Interaction between Rotary, school management and the School Governing Body indicated that additional needs were the connecting of the school to the municipal sewerage system (that was not in existence when the school was built), the construction of a scullery, and the storage of water for the frequent periods when the high-lying parts of Makhanda’s Joza township are without municipal water.

Drawing of plans and obtaining quotations revealed that the cost of the project would be R2 million. This made it far larger than any project for which the Rotary Club of Grahamstown had raised funds previously.

Makhanda may be a small city in the Eastern Cape, but sometimes our links are far-reaching.

The first breakthrough for the project came from a visit in September 2018 by members of the Uttoxeter Rotary Club in the UK, organised by one of their members, Tony Shallcross, who has long ties to Makhanda and our Rotary Clubs (especially to the late Bill Mills, the initial champion of this project). They were shown around Ntsika and enthusiastically agreed to help finance the project. The second breakthrough came from a visit by Julia Heemstra in January 2019. Born in Makhanda, Julia is now resident in Jackson Hole in Wyoming in the US.

After a rigorous evaluation process, the Rotary Foundation, which is the vetting arm of all global Rotary projects, gave its approval for the project in February 2020 and itself provided substantial further funding.

But before construction could begin, the Covid-19 lockdown was enforced. It was only after construction activity was again permitted that the contractors Multi-works and MD Plumbers could begin work. In the months that followed, all the student and staff ablution facilities at the school were tiled and completely refurbished, a scullery for washing plates and dishes was constructed and the school was linked to the municipal sewerage system.

Importantly, gutters were replaced, and tanks installed so rainwater can be harvested. These tanks and the nearby borehole installed in 2019 by Gift of the Givers were linked by pumps to the School’s water supply so that water will be available for drinking, washing and flushing toilets, even when municipal water is unavailable.

The need for adequate water and sanitation is well-recognised by Rotary. It is important for health and is a matter of human dignity. It also has important education benefits, especially for female learners. Rotary believes that all these benefits which the project will help achieve are very important.

But driving the fundraising efforts of Rotarians in South Africa and as far afield as the UK,
US, Canada and Brazil was more than this. It was a desire to acknowledge and support the
extraordinary efforts of Ntsika’s management, governing body, teachers and students in raising the School’s academic achievements to a level of which all of Makhanda can be proud.