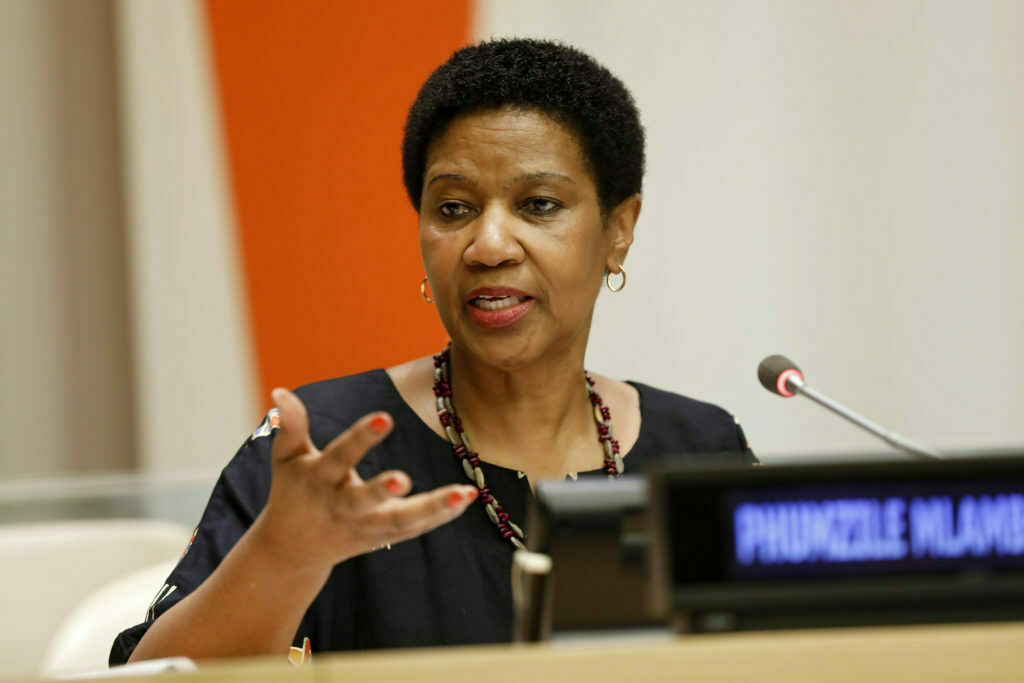 South Africa’s first woman Deputy President and current UN Under-Secretary-General and Executive Director of UN Women, Dr Phumzile Mlambo-Ngcuka, was awarded an honorary doctorate by Rhodes University during a virtual graduation ceremony. For the first time in over 100 years of its existence, the University on Friday 30 October 2020 hosted an exclusive inaugural graduation ceremony for Masters and Doctoral graduates.

Of the 125 certificates awarded, 55% were for women graduates, 30% for international students. Domination of graduation statistics by women has been a consistent trend in the recent record-breaking years at this level as the University cements its status as a leading research institution in the country.

“We had hoped to celebrate this significant milestone under different circumstances, in a physical event where we could celebrate with graduates and their loved ones,” said Vice-Chancellor, Dr Sizwe Mabizela.

“Life, however, had its own plans and surprises. The Covid-19 pandemic that has wrought unprecedented devastation in human life and destroyed economies across the globe remains a real threat to life. We could not risk lives by holding an in-person graduation.

Mlambo-Ngcuka was awarded Doctor of Laws (honoris causa) for her many years of exceptional contribution to our society and to humankind all over the globe.

“I am deeply touched and honoured by the conferral of the degree by Rhodes University,” Mlambo-Ngcuka said. “The contribution of Rhodes University to South African thought leadership is immense. It includes producing great journalists that have enriched our democracy in a world in which women’s voices still need to be amplified and where women’s rights are yet to be fully realised. The media are important for giving a voice to those who are not heard,” she said.

Dr Mlambo-Ngcuka is the fifth honorary doctorate recipient to be awarded by Rhodes University in its virtual graduation ceremonies for 2020.