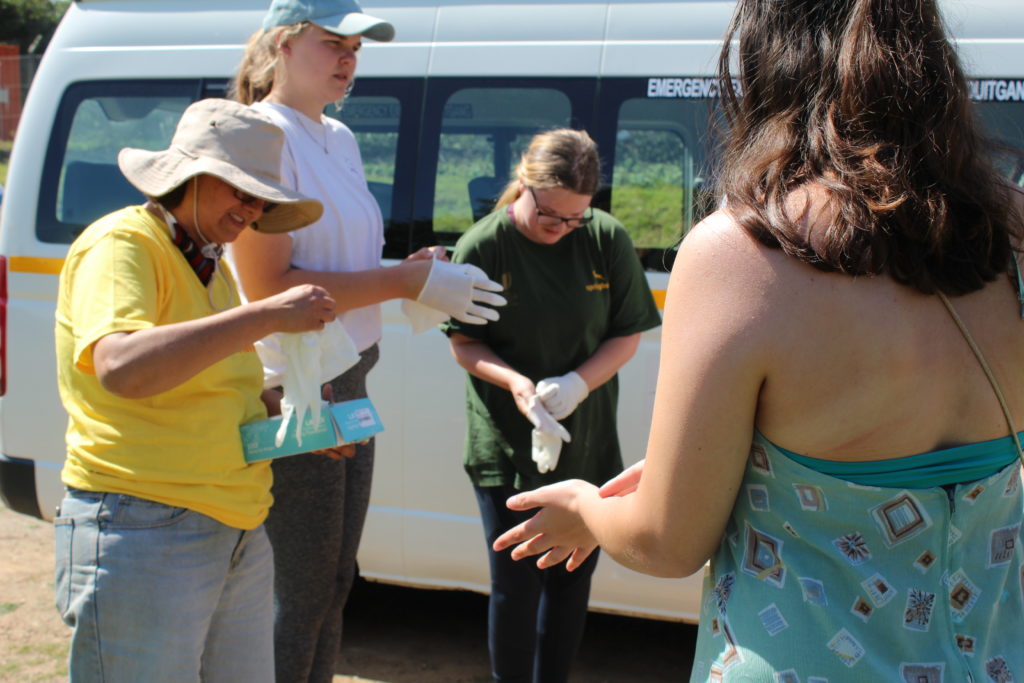 A coalition of intrepid volunteers, spearheaded by the Rhodes University Canoe Club, waded into the heavy litter on Cobden Street recently.

After being approached by the Canoe Club, Lisa Gaybba from the Makana Revive office organized a skip with the assistance of Marius Lombard from SKIPGO. Refuse bags and gloves were provided by Forever Pure Water.

The caring canoeists, who also tackled the Fingo area last year, are determined to make the clean-ups a more regular occurrence.

Club chairman, Chris Matthews said he hoped to organise monthly clean-ups at different areas. “Then anyone in the community can come and get involved – I think there are enough people that care,” he said.

Until now, the national lockdown had put the brakes on many community engagement projects. However, now that restrictions have eased under Level 1, Matthews said the Canoe Club planned to challenge other clubs to get involved.

Among the many volunteers at the clean-up was Robyn Cloete, who stopped by to lend a hand before picking her children up from school. “I’m a mother here and I decided to come and help as much as I can.
“There is a lot of work that needs to be done here,” Cloete said, shocked at how filthy the street had become.

Enoch Klaas, assistant manager for the guarding division at Hi-Tec was also there with a few of his co-workers, whose quick work and effort made a considerable difference on the street.

Matthews said that he would lean on Makana Revive and other willing organizations for future cleanups. He hopes to have water and food for volunteers in future.