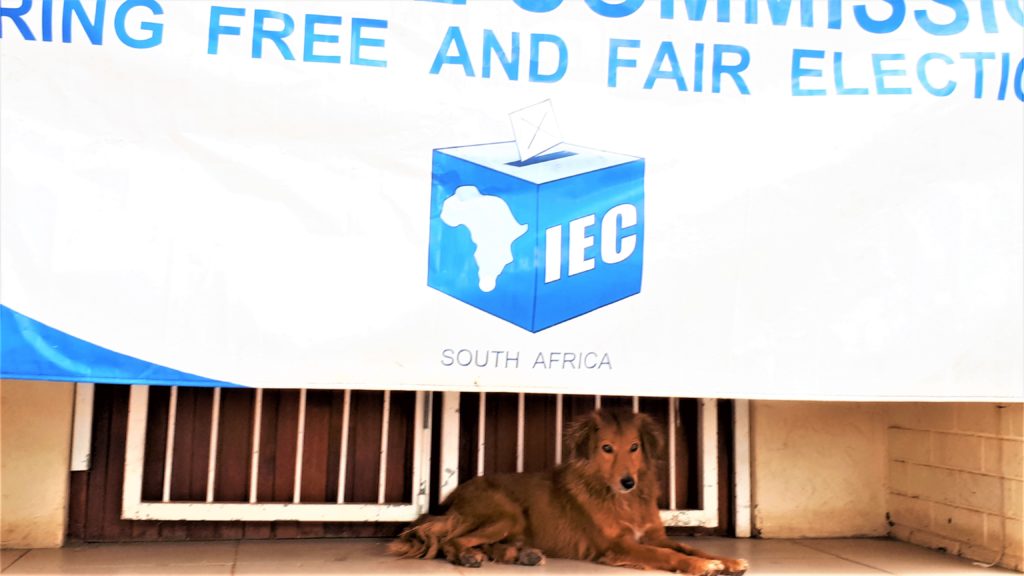 Alicedale town hall ahead of voting in May 2019's national elections. On 11 November it will be a voting station for the Makana Ward 14 by-election. Photo (2019): Sue Maclennan

Vuyani Nesi of the ANC and the EFF’s Busisiwe Wendy Nyamakazi have been confirmed as candidates for the 11 November by-election for Ward 14 in Makana Municipality. The DA is not fielding a candidate in this by-election. Ward 14 includes the rural areas of Alicedale, Highlands and Seven Fountains. Ernest Louw, of the ANC, resigned as Ward 14 councillor in February this year.

More than 440 candidates from 40 political parties are set to contest the by-elections in 95 wards across South African on 11 November 2020. A total of 444 candidates – including 19 independent candidates – were this week certified as contestants for the by-elections by the Electoral Commission. Of the candidates, 305 (69%) are men and 139 (31%) are women.

Explaining the absence of a DA candidate for Makana’s Ward 14, the party’s provincial chairperson Andrew Whitfield confirmed the party was contesting three by-elections in the Eastern Cape on 11 November but that Makana’s Ward 14 isn’t one of them.

This week also saw the opening of applications for special votes for the by-elections. In terms of the election timetable, voters have until 4pm on Friday, 30 October to apply to cast a special ballot. Special ballots are available via home visits to voters who are unable to travel to voting stations due to pregnancy, infirmity or disability. Voters who are unable to vote on the Election Day (11 November) due to absence from their voting district may also apply to case a special vote the day before the by-election.

Voters can also apply for special votes via cellphone by SMSing their identity number to 32249 (Charged at R1). The SMS application facility is only available for those applying to cast a special vote at their voting station and NOT for home visits.

The by-elections will be held under strict new COVID-19 protocols aimed at ensuring the safety of voters, election staff, party agents, observers and other stakeholders. These include implementing strict social distancing practices outside and inside voting stations along with the use of hand sanitisers as voters enter and exit the voting station.

Voters, election staff and all those entering the voting station will be required to wear a mask at all times. Voters are also encouraged to bring their own pens to mark their ballot papers, although pens will be provided and sanitised after each use.