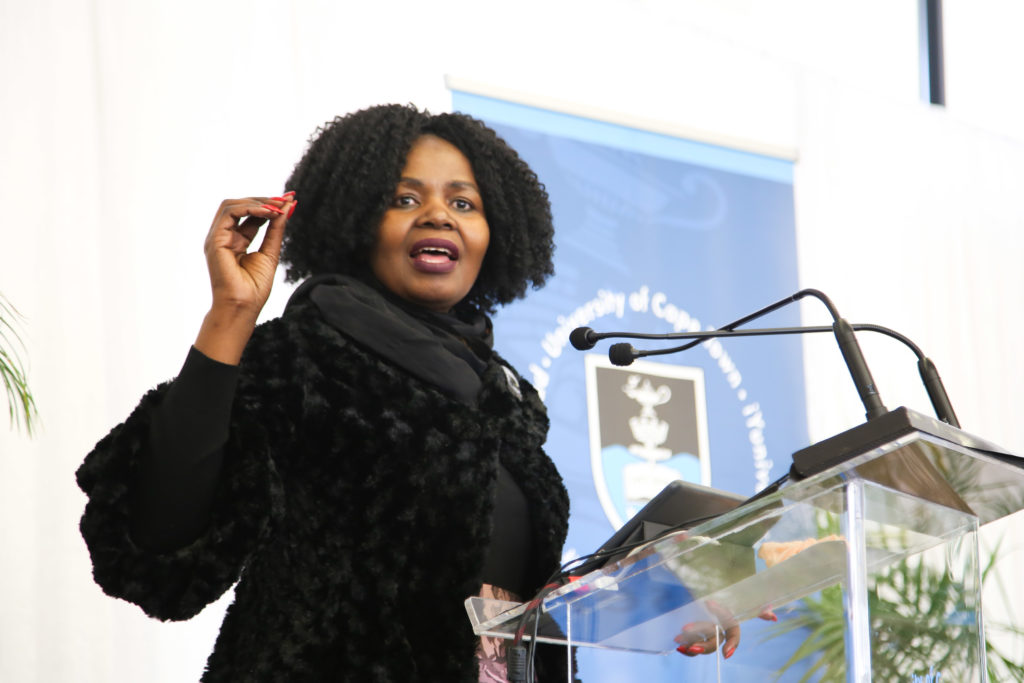 Born and bred in Makhanda, formerly known as Grahamstown, Dr Vuyokazi Mahlati was a sterling example of the fact that where you were born doesn’t necessarily determine what you will become. Coming from a small town such as Makhanda, Dr Mahlati’s life is a great example of what can be achieved through hard work and dedication. She was an inspirational role model to young women throughout the country.

Dr Mahlathi is the daughter of the late Benjamin “Buschie” Zondani (BB Zondani). During his political career BB Zondani led the resistance campaign against the forced removals of the Fingo Village ratepayers and that of the black people of then Grahamstown to Committee’s Drift near Fort Brown.

Dr Mahlati was a South African social entrepreneur, a gender activist and the global director of the International Women’s Forum. She was the President of the African Farmers Association of South Africa (AFASA), as well as the Chairperson of the Advisory Panel on Land Reform and Agriculture. She was serving her second term as a member of South Africa’s National Planning Commission.

She founded Africa’s first indigenous wool processing plant, “Ivili Loboya” (wheel of wool) in Butterworth, in the Eastern Cape, where she taught unemployed people how to make cashmere garments. She was the recipient of the 2019 Woman of Substance award presented by the African Women Chartered Accountants.

Dr Mahlati was a recognised global thought leader, who participated in global think tanks on corporate diversity leadership and inclusive development.  Dr Mahlati sadly passed away after a short illness on 12 October 2020.

On behalf of Makana Municipality and all its residents I wish to express our heartfelt condolences to the Mahlati and Zondani families for the loss of this exceptional woman. We are very proud of the role she has played. She represented us very well in all the leadership roles she undertook.

We dip our banner in honour of this extraordinary woman of substance for her sterling contribution in the upliftment of the women of our community.