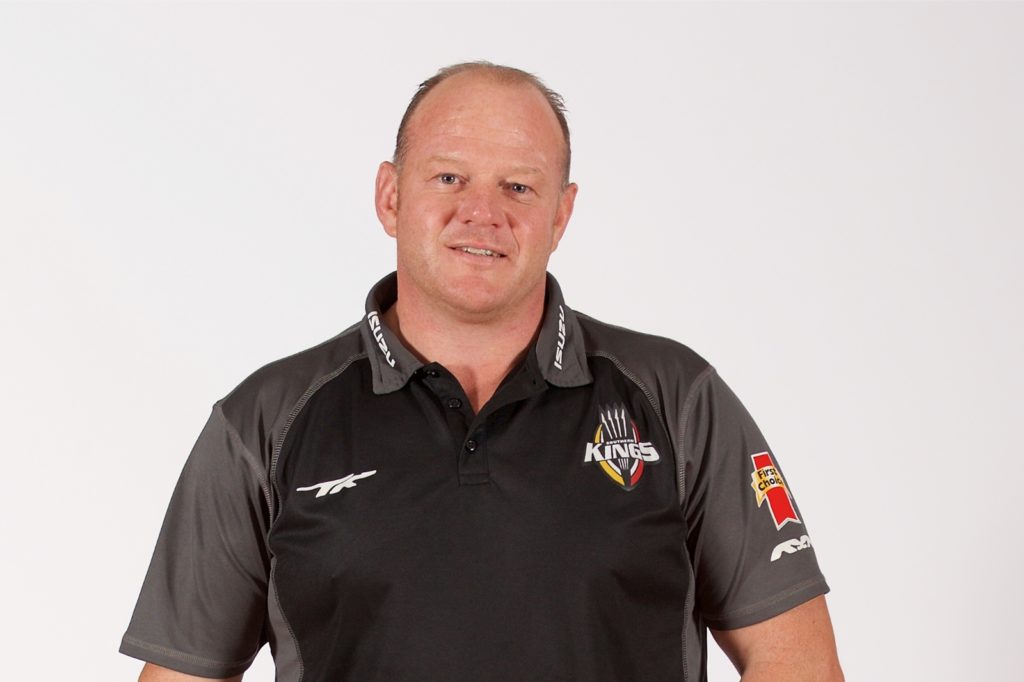 Former Southern Kings interim head coach Robbi Kempson is stunned at the manner in which the franchise’s board has treated members of its staff.

It was announced recently that the Kings had been placed into a state of voluntary liquidation as stakeholders SA Rugby (74%) and the Eastern Province Rugby Union (26%) continue to face the prospect of having to repay an accumulated deficit of R55 million. The latest revelation in the Kings saga follows the decision made in August that the side would play no further part in any competitive rugby – and thus generate zero income – for the remainder of the year.

According to Kempson, the news totally blindsided members of the professional organisation, who were promised salaries until the end of the year on several occasions.

“They dropped the bomb on everyone. So all 36 players that are left at the Southern Kings plus more than 50 people have been affected.

“It’s absolute cowardice on behalf of the Board of the Southern Kings. Promises were made to everyone on a consistent basis from the chairman and members of the SA Rugby fraternity regarding the payment of salaries until the end of November and December.

“So for the little bomb to be dropped on our players again, just before payday is completely inappropriate. They’re not going to get paid this month. They’ve gone from earning salaries and being able to live their lives with their families to having absolutely nothing.

“We were guaranteed by the chairman of the board that there were absolutely no plans to liquidate this company and that the contracts would be honoured along with the agreements that were signed regarding Covid.

“All contracts within South African rugby, including the Southern Kings, were guaranteed until the end of December. And at no stage where we told anything differently regarding the process going forward and that our contracts would not be honoured. It was always the case from their side that they would be.”

The Eastern Province Rugby Union have a long history of maladministration and financial mismanagement. Kempson highlighted the lack of accountability as the most frustrating aspect of the entire fiasco.

“I think the saddest thing about everything is that it’s business as usual for Eastern Province Rugby. They still sit back, they’re still earning salaries, the chairman still has his position, they still have a vote on the board of SA Rugby. They carry on.

“But then you have over 50 people that are affected by the decision that he’s made. So I think that for me is the saddest part. And that’s where the cowardice actually comes in. Do Eastern Province financially assist these players? Yes they do. Do they have the best interests of the company and whatever else? No, they did not.

“I think it’s sad that they’ve made this decision, but that’s fine. But to do it in the manner in which they’ve done it is just completely unacceptable. It’s actually disgraceful that any person involved in a rugby environment within this world of rugby, let alone South Africa, can make such a harsh decision on a group of individuals, most of them under the age of 25.

And then kind of wash their hands of it and walk away. I think it’s absolutely despicable behaviour on their part.”

The Queen’s College old boy believes there were ulterior motives behind the decision to pull the Kings out of all competitive action for the rest of the year that weren’t solely based on securing the longer-term financial future of rugby in the province.

“I think this entire process was carefully planned and orchestrated for some time. It wasn’t out the blue. It was for us, but not for them.

“These decisions have got nothing to do with rugby at all. They’re clearly political and therefore the gain of a few as opposed to making sure that the large majority of the squad and the staff as well. They [the players and staff]were never afforded the opportunity to progress their professional lives as they should be.”

The 37-Test capped former Springbok prop said they would take up the matter in court.

“There’s a fair amount of anger, not just from the players and staff but also from the legal fraternity that people involved seem to get away scot-free. And from their point of view, I don’t think that will be the case this time.