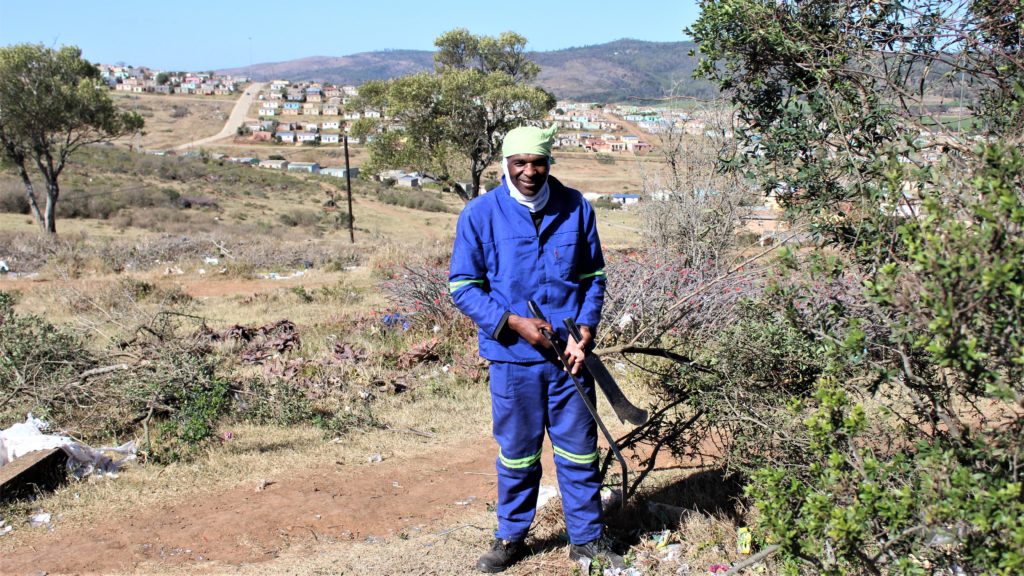 Most residents know Zwelethemba Yaka from the roads of Makhanda, where he can be seen almost any given day putting in the miles for his next marathon.

Grocott’s Mail found him in the Newtown Cemetery on Women’s Day, Sunday 9 August, cutting back overgrown areas that locals say are a haven for muggers and rapists. The area is a convenient route for pedestrians coming from Joza who cut across above Fikozolo Primary School to get to Newtown, or beyond through Fingo Village to Sunnyside. Vukani residents also use the cemetery as a convenient shortcut.

“Criminals were hiding in the bushes. I thought to myself, what can I do to help? That’s when I decided I would make this my lockdown mission,” said Yaka, who is a minister in the Methodist’s Circuit 201 in Fingo Village.

“Lots of people here tell me how much they appreciate what I’m doing. Nobody comes to help, but that’s okay. I’ve told myself that this is something I’m doing from my heart.”

Close to being a pensioner (he turns 60 next year), Yaka does this in addition to the 24km a day he trains in preparation for marathons. A regular Comrades and Two Oceans runner, he’s looking forward to the day it’s safe to get back to the pack.

Meanwhile, he’s determined to help make one corner of our town a little safer, in his own way.