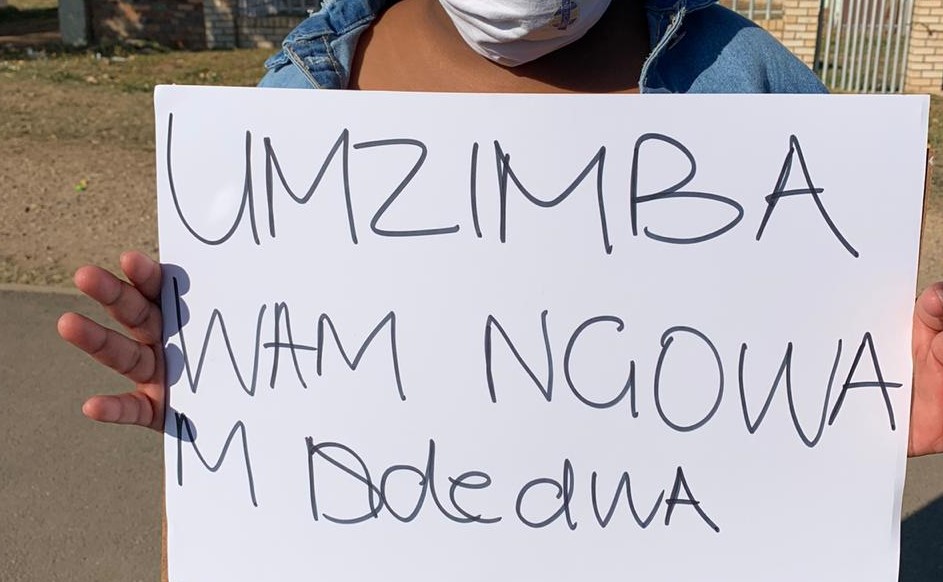 Remember #SandtonShutdown? So, what happened to ‘Make my safety your business’?
Highlighting the escalation of gender-based violence in South Africa in 2018 and 2019 were two significant protest marches. The first one, on 3 August 2018, dubbed #TotalShutdown, was a women-only protest march, targeting the presidency.

President Ramaphosa had to fly back from out of town to receive and commit to the demands presented. The next one, #SandtonShutdown, on 12 September 2019, highlighted business complicity in gender-based violence.

While both marches involved a good number of many gender-rights activists, and can be viewed as successful in terms of turnout and visibility, I have heard nothing about follow-up action post the,  #SandtonShutdown.

Among the demands made was one requiring sensitivity to women in woman-centered industries. This included the protection of women from gender-based violence, sexual harassment and exploitation; the provision of transport for women working late at night; and workplace support for victims of gender-based violence.

The #SandtonShutdown demands that were put to companies were conveyed in a memorandum and also by placards. One placard that stood out for me, read ‘Make my safety your business’. The message here is clear: when planning, make gender-based violence one of your strategic issues — dedicate resources towards it, and ensure that it is one of the areas to be reported upon at all management and board meetings.

This means that within a company’s hierarchy of concerns, GBV should not remain only at the level of social responsibility, it must be a strategic issue for the company. The placard also highlights that GBV be escalated to be an issue that threatens the security of women and it should be treated as such.

It entails the long-term commitment of resources by the private sector rather than a once-off donation from the corporate social responsibility budget for a once-off event.

The #SandtonShutdown memorandum was delivered into the hands of Johannesburg Stock Exchange CEO, Nicky Newton-King, who received it on behalf of the business sector. While Newton-King committed herself to holding a meeting with heads of business to discuss the memorandum, I am not aware of any reported progress in implementing the demands.

What happened to the demands? Did business fail to implement them? Did #SandtonShutdown leaders fail to follow up? Or I am missing something?

Targeting the private sector to take action against gender-based violence was a very good strategy, so let’s not give up in the face of the slow response.

All the demands are doable, but we need to agree on a framework of action. My suggestion is that the #SandtonShutdown activists and the private sector get together to start the process.

A good starting point would be to choose one practical demand – something beneficial to both the private sector and women employees.

Once this demand has been agreed upon, there needs to be action taken to get the buy-in of all stakeholders. This should start off by gathering evidence about the effects of, for example, intimate partner violence or domestic violence on each company’s operations and profits.

Violence in the domestic domain has both indirect and direct consequences in the workplace, as it affects labour productivity and generates unplanned business costs.

Before such a meeting, it is advisable that gender-rights activists meet and agree on critical issues, beginning with a framework of engagement. This needs to focus on the workforce and be marketable to business.

In this respect there is plenty of common ground. For example, putting in stringent measures to curb sexual harassment at the workplace will reduce under-performance, absenteeism and staff turnover and it will decrease the number of disciplinary hearings.

The key word here is sustainability: the framework should ensure that the engagement with the private sector is ongoing and sustainable.

This means a commitment to ongoing dialogue, regular reporting on progress and regular meetings. It entails the long-term commitment of resources by the private sector rather than a once-off donation from the corporate social responsibility budget for a once-off event.

If companies make gender-based violence an area of strategic focus, this becomes possible. It should be a long-term commitment with clear indicators of success.

If it is accorded this respect, and the business sector is interested in its sustainability, specific collaborators should be brought in.

For example, forming partnership with business schools to offer Sustainable Intimate Partner Violence Prevention as a professional certificate for all business executives, or incorporating it as a compulsory module for a Master’s Degree in Business Administration.

The government could consider incentives to acknowledge and motivate businesses doing significant work to curb gender-based violence. Latin American business schools and private sector have done substantive work on this issue and South African roleplayers can draw on this.

Previous ArticleResidents take a stand against GBV
Next Article The show’s still on – catch it this weekend!