Residents take a stand against GBV 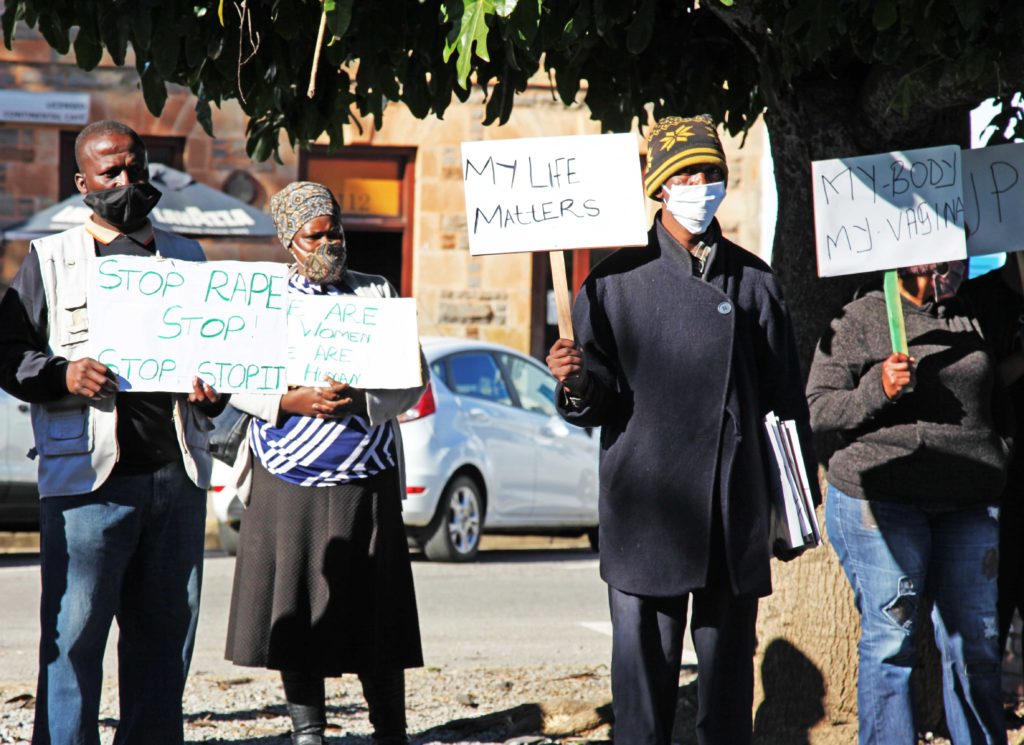 On Thursday 16 July, residents of Makhanda, including members of the UPM, EFF and ANC picketed outside the Magistrate’s Court opposing bail for a man accused of rape.

In solidarity with the fight against gender-based violence, a petition created online was made available during the silent protest. The petition urged that the court deny bail for the accused.

The protest happened during a time where President Cyril Ramaphosa had requested the nation to fight against gender-based violence.

“Women across the country are fighting a battle every day,” one of the protestors told Grocott’s Mail. “The residents are standing to say justice must be served. We want abusers to be locked behind bars.”

A number of young women had shared their stories as survivors of GBV.

“If you are giving an [alleged]abuser bail, I don’t know what message you giving to society,” Kota said. “Are you saying it is right for men to continue… abusing women and children?”

Just two weeks ago, the UPM staged a silent protest against gender-based violence at Fingo Square.

The court denied bail for the accused, who will appear in court again on Monday 20 July.

ANC Ward councillor Luyanda Sakata said, “We are disowning men who see fit to abuse women and children. They are no longer fit to be called men, not even friends.”

Watch leaders of the community speak
Content by Sizo Media