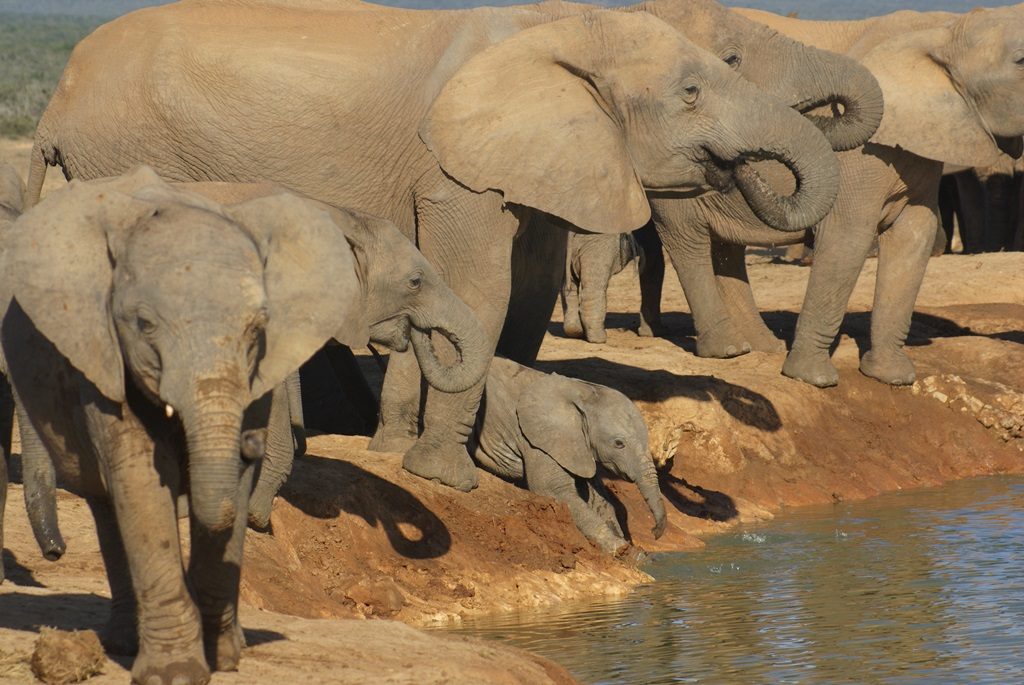 The office usually opens at 7am, but because it was the first day after lockdown, I made sure to arrive at 6.45am. There were already five people ahead of me – all respectfully masked and two metres apart.

We were all Addo Park zealots, so we had been eagerly awaiting this day since the President announced the lockdown more than two months previously. We had freshly printed-out forms and
everyone knew what was expected of us because we had read the WhatsApps, Facebooks, Tweets and web pages.

Staff at the Matyholweni gate were polite but anxious, just like the visitors. They had masks, sanitisers and positive attitudes. The entry registrations were managed reasonably well and by 7.15am I was already on the road – an elephant-poop encrusted road.

That was the first sign that things were different. As the roads had not been subjected to the usual weight of traffic, droppings of over 700 elephants remained where they had been dropped.

I half expected the roads to be teeming with wildlife as the animals had been given time to occupy places that were normally traversed by visitors’ cars, but initially I was disappointed. Perhaps they had criss-crossed the roads, but as soon as the gates opened they hid away.

I knew the elephants were there. They had left evidence of their movements all over the roads.

The waterholes on the south side of the park had plenty of water, but no animals. There were plenty of zebras and red hartebeest on the plains and the usual suspects: warthogs and kudus, were around, but even they seemed to be scarce.

I crossed into the northern section and saw my first elephants of the day at the Marion Baree waterhole. A mother and two adolescents made a quick appearance and then disappeared up the hill.

It was eerie. I almost believed that SANParks had taken the animals and put them on some secret farm for safe-keeping.

There were very few visitors to reduce the feeling of abandonment. Sometimes I drove for twenty minutes without seeing an animal or another car. I went from waterhole to waterhole and then to the main camp, where it is often difficult to finding a parking place. But on Monday lunchtime there was not a single visitor’s car.

Turning south from Main Camp in desperation, I decided to go past the biggest waterhole in the park, and once again, Hapoor Dam delivered – big time. There were multiple herds of elephants with a total easily surpassing a hundred. They were milling about all over the dusty field and then cavorting in the mud.

It was obvious that the lockdown period had been productive for the elephants. There were many young babies scuttling along between their mothers’ legs.

The parking apron in front of the dam was completely covered in elephant dung, so that there was no visible concrete. It was hard to tell where the parking lot ended and the muddy banks began.

While the elephants cooled off in the water and drank as much as they pleased, a few dozen zebras stood around on the periphery waiting for their turn to drink.

A group of workmen were busy constructing a new water hole on the opposite side of the parking apron so that smaller animals will be able to drink without having to face the bullyboy pachyderms. I
doubt the elephants will allow the zebras and warthogs to claim space even at the small waterhole unless the park puts up one of those low-hanging electric wires that discourage elephants.

I drove back through the park trying my best to avoid elephant dung because the dung beetles make their living arrangements with the poop – but really it was not possible.

Previous ArticleQueues, testing and lots of empathy
Next Article An emergency fund is essential