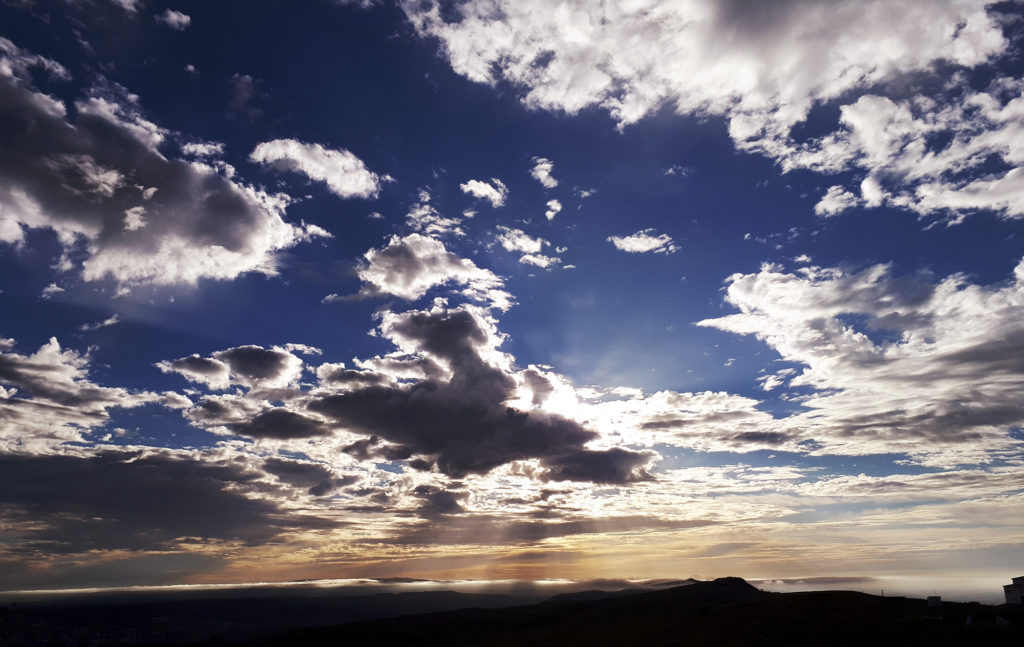 The Eastern Cape is still on track for cold weather and snow on the mountains later this week, says the South African Weather Service’s Garth Sampson. Strong winds and bergwind conditions mean fire is a threat.

A cold front is expected to sweep over the Western Cape today.

Ahead of it, strong bergwinds are expected over the interior, reaching gale force in places .

The front is expected to pass over the Eastern Cape later today.

This will lead to light snowfall over the Drakensberg [Lesotho-EC border] over night.

Light showers are likely south of Darlington Dam – mainly along the coast from this evening.

As a high pressure system ridged in tomorrow, the likelihood of showers will increase near the coast.

Light snow may also occur in places over the Sneeuberg and Winterberg tomorrow.

The rainfall between Cape St Francis and East London continues on Friday.

Wednesday 10 June:  A Gale force W/SW wind of at least 62km/h with gusts of at least 81km/h is expected along the coast and adjacent interior

ADVISORY
Thursday 11 June: Snowfalls expected over the higher ground of the Province.

ADDITIONAL
Although the High Fire Danger warning is issued mainly for the western interior, one must note that under these windy dry conditions, that any fire has the potential to spread rapidly. This applies to the entire Eastern Cape. The public is thus warned to act responsibly and note that the making of open fires under these conditions is prohibited.

On Wednesday, ahead of the cold front, strong to gale-force winds are expected in places over the interior, Sampson said and by Thursday snowfalls are expected over the high lying areas of the Eastern Cape.

This would be accompanied by very cold conditions, which would continue until Friday, Sampson said.

Along the coast, strong to gale force winds can be expected between Cape St Francis and Cannon Rocks.

By Friday showers can be expected along the coast and adjacent interior.

“We are not expecting major rainfall figures at this stage, with between 5 and 10 mm being forecast,” said Sampson who is based at the organisation’s Port Elizabeth office. Detailed updates would be posted as the system approached, he said.

Gale force Westerly winds can be expected between Plettenberg Bay and Port St Johns on Thursday, moderating at night.

Very rough seas with wave heights of 4m to 6m are expected along the south coast from Thursday morning spreading eastwards and reaching Port Edward by Friday morning.