Can the school year be saved? 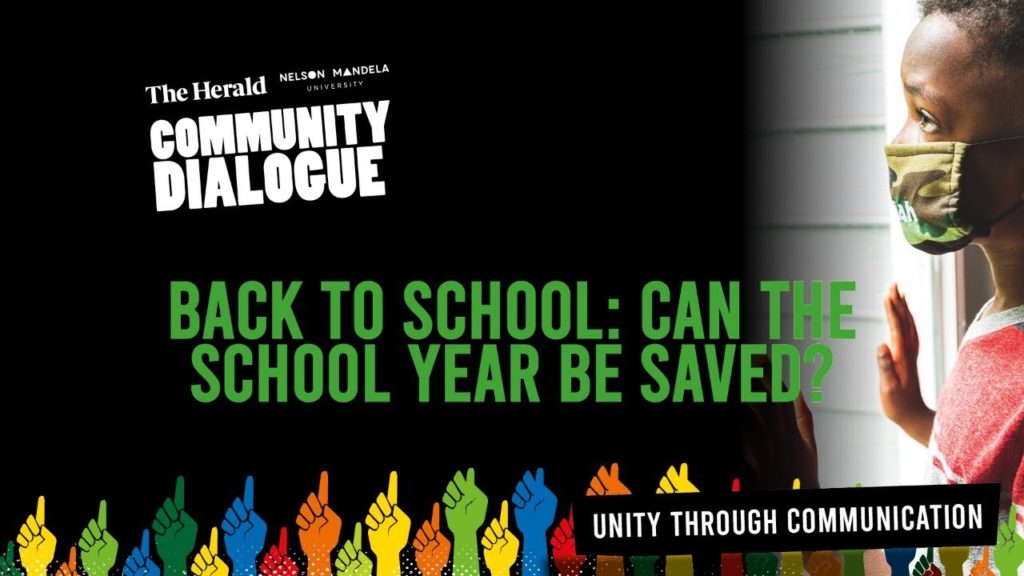 Anxiety is growing over the readiness of Eastern Cape for the reopening of schools Monday 8 June.

Speaking on a Thursday webinar titled Back to School: Can the school year be saved? education commentator Prof Jonathan Jansen said the overloaded CAPS curriculum and loss of time means that the 2020 academic year “cannot be salvaged”.

He said it would be wiser to end formal schooling for 2020 and have a more relaxed approach to teaching while focusing on a creating a hybrid-curriculum for 2021. This was “a more promising alternative due to the chaotic, mismanagement of the reopening of schools” and the “inhumane” expectation on learners, teachers and staff to risk their physical and mental welfare by reopening schools.

Hosted by NMU politics lecturer, Ongama Mtimka, the main point of agreement of the five panellists at the webinar was to seek a way to save the academic year which would be sensitive to the needs of teachers and learners.

Prof Bruce Damons, Director of the Centre for the Community School, echoed Jansen’s argument, saying the Government should “slow down business and up humanity.”

“Schooling is a broader societal matter and decisions around education cannot only be left to policymakers and academics,” Damons said. “Educators, communities and external stakeholders all need to play a role in these decision-making processes.”

The Herald Matric of the Year Award 2019 recipient, Sachin Naidoo, voiced the struggle he and his fellow students are facing to adapt to self-teaching. Naidoo believes students desire to return to school is a desire to return to normality even though schooling will not be the same.

Athenkhosi Sopitishi, Eastern Cape head of Equal Education said COVID-19 had provided “an opportunity for us to really be honest about the problem that there have been thousands of children that are constantly left behind.”

“But we haven’t taken the time to address the issue and to level the playing field for learners, especially black working-class children who go to these schools.”

Themba Konjana, Superintendent-General for the Eastern Cape Department of Education, admitted many schools within the Eastern Cape do not have the correct facilities or equipment to resume teaching.

He said there was support from the Presidency to address this. Schools without proper sanitation and facilities have been identified and will not be opened. Learners from those schools will be sent to neighbouring schools until their schools have been adequately prepared to open.

Konjana said the Government hopes to get the best possible academic gains from 2020. However, numerous participants in the live chat argued that schools and teachers have not been given enough time to prepare, even with the distribution of PPE (Personal Protective Equipment).

Jansen responded by saying that the years of educational mismanagement had created disparities which will be worsened by COVID-19.

“We need to be honest with ourselves as South Africans. Are we going to pretend again that everything is fine or are we going to use the pandemic to address these deep divisions, these fault lines in our society?” Jansen asked.

The panellists and participants were deeply sceptical of the reopening of schools in disadvantage communities and adamant that better options should be explored to ensure that no child is left behind.