Rushed opening may disproportionately shift Covid19 burden to the poor 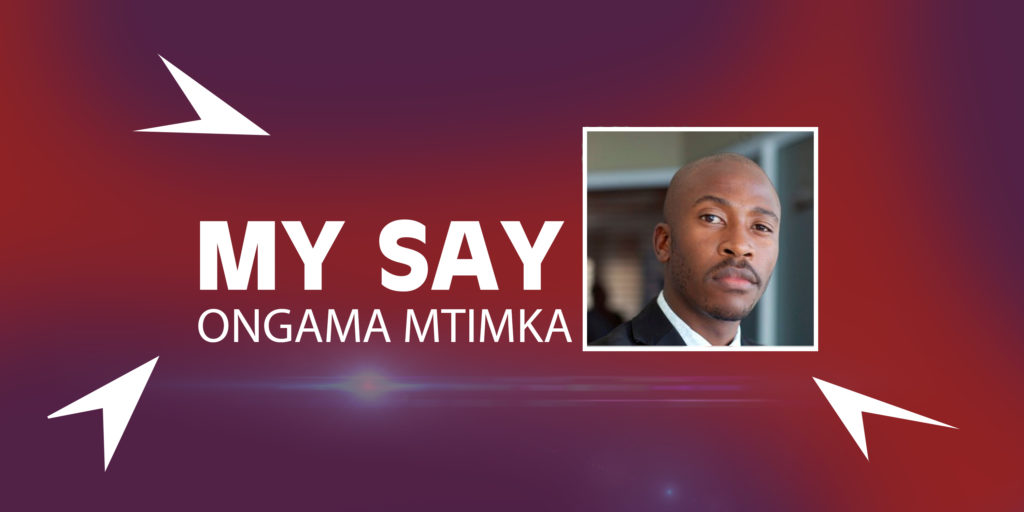 Until there can be guarantees that the health and well-being of every South African can be protected, government should not be bullied into recklessly opening the economy by those who have power to litigate or inflict one form of limitation or another on state action.

The South African government must not be pressured to accede to the demands of the rich and powerful even in ways that could endanger the rest of society. Doing so would simply give the former a free pass to escape the consequences of their globally oriented and risky lifestyle and to go back to their extractive ways while the poor bear the most burden.

Granted, the state is obligated to ensure that responses to the spread of the Covid19 pandemic continue to outweigh both the former and the latter’s total negative consequences. As such, the government’s risk adjusted approach with varying levels of state-led responses are supported.

However, what is crucial for that decision to be made by the state is sufficient quantitative and qualitative data. With all the modelling exercises that our information driven-world has been able to produce and rely on, it should not be that difficult to come up with holistic scenarios for discussion. Quite sadly, that data has not been forthcoming, or it has been skewed towards narrow economic projections with no regard for social and environmental aspects.

Numbers aside, there is a very disingenuous aspect to the pressure that is brought on government to reopen the economy. Among other things, it includes the failure to be completely transparent about who stands to gain or lose from the various approaches government is pressured to take and what the aggregated consequences mean for the country.

Many people in South Africa acknowledge wholeheartedly that there is inequality in the country and various crises affect everyone differently. Notwithstanding this general agreement, few accord it the necessarily recognition when it matters most in our politics and choices.

For instance, incomes drawn from the economy mostly benefit a tiny fraction of the people in the country. These people belong to that part in our country that is globally integrated and advanced whose economic and social infrastructure belie our “developing country” status.

That economy draws on and continues to supress the growth of the periphery, that part of South African life in which there is poverty, poor social and economic infrastructure, and government neglect. Former president Mbeki called it the first and second economies respectively but the latter is in fact the periphery of the former.

Throughout history, the latter has had to be suppressed so its citizens could continue to be cheap and docile labourers to the first as Sampie Terreblanche and Thembeka Ngcukaitobi state in their seminal works.

This dual nature of socioeconomic reality in South Africa is not some historical fact whose consequences are locked in some in the not so distant past. It influences current politics about whether to open or not to open the economy in practical rather than ideological terms.

When one follows the spread of Covid19 in its early phases, one trend was dominant: the greater an economy was integrated to the world economy, the more likely it would have high infections and the less integrated it was the less the cases of Covid 19. In other words, the world is in crisis because the rich and globally oriented have spread Covid19.

After we reached the stage in which Covid19 spreads a lot more from community infections than specific contacts of a traveller, that trend began to change such that global orientation, which was a vital condition of initial proliferation, had a lesser role. This is until conditions, such as travelling and international trade, permit its resurfacing.

Back to the dual nature of life in South Africa, the rich and middle classes could simply continue with their lives despite the spread of Covid-19, enjoying the protection of medical insurance cover and excellent health facilities as well as well-resourced less crowded schools.

However, the poor would sadly die in droves due to an inaccessible and poor quality health system, overcrowded houses, and impractical living conditions in badly planned settlements.

The lockdown and all other state-coordinated measures ensured that all suffer the brunt of Covid19 and its consequences, not just the poor. The justice in that is in the fact that the rich and middle class, whose globally oriented economy and lifestyle imported the disease, also had to live through the consequences of their risky actions.

Therefore, while everyone including the rich and powerful must be heard by a democratic government, the myth that we all stand to suffer and or gain equally if the lockdown continues or when the economy reopens must be exposed. Ways to measure economic wellbeing are disproportionately generous to the rich and middle classes around the world.

After lockdown, it may be that the poor, some of whom are suddenly recipients of more food and income during this time, may be abandoned and left to fend for themselves, as the false idea would be created that they are free to generate enough income to sustain themselves just as their middle class and rich counterparts. There must be guarantees that that will not be allowed before government can reopen the economy.