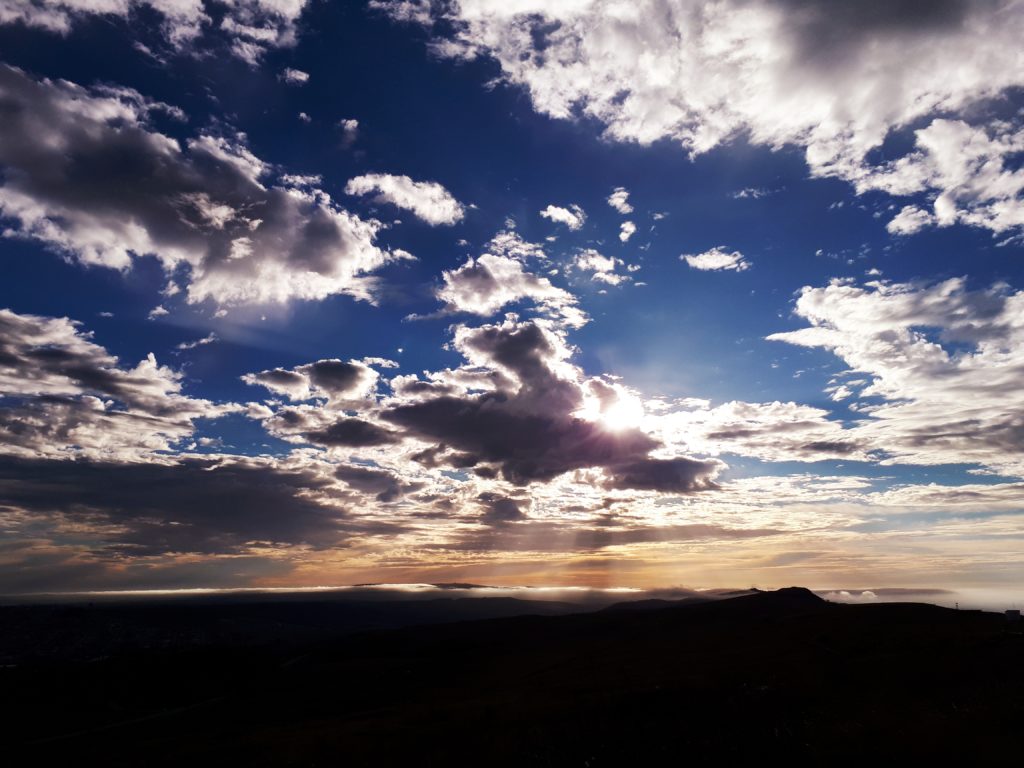 The South Africa Weather Service has warned of damaging winds for the country’s coastal areas in its online alert system.

In Makhanda, there is a 60% chance of rain tonight with today’s warm 25C dropping to a 12C maximum tomorrow (minimum 6C) as snow falls on mountains in the province, including the Sneeuberg in the Cradock area.

The first cold wet weather of the 2020 season is expected this week, with a promise of some rain over the Langkloof, reports Garth Sampson of the South African Weather Service’s Port Elizabeth office.

An intense cold front is expected to pass over the western and eastern Cape today, Monday 25 May.

This would be followed by a surface high pressure system ridging in from the South West, bringing showers and snow over most parts of the Eastern Cape, Sampson said.

“The cold front is preceded by strong NW winds over the interior today. This afternoon, gale force Westerly winds are expected along the coast and out to sea.”

Showers are expected to start over Plettenberg Bay area in the afternoon, spreading to Queenstown overnight.

Tomorrow (26 May), the showers spread towards the Drakensberg with snow expected over the Winterberg and Drakensberg.

Good falls of rain are expected over the South Western parts of the province with 25mm possible over the NMBMM catchment area  (Langkloof) during the weather event.

Minimum temperatures are expected to plummet overnight from the Tuesday through to Wednesday, with widespread frost over the interior on the Wednesday morning.

“Although the rain will be most welcome, it will at best fill our water tanks, but do little, or anything to relieve the water crisis,” Sampson said. – SA Weather www.weathersa.co.za

Previous ArticleMOLWENI
Next Article Gale-force winds but not much rain