Anxiety, anger and hope as schools prepare for partial opening 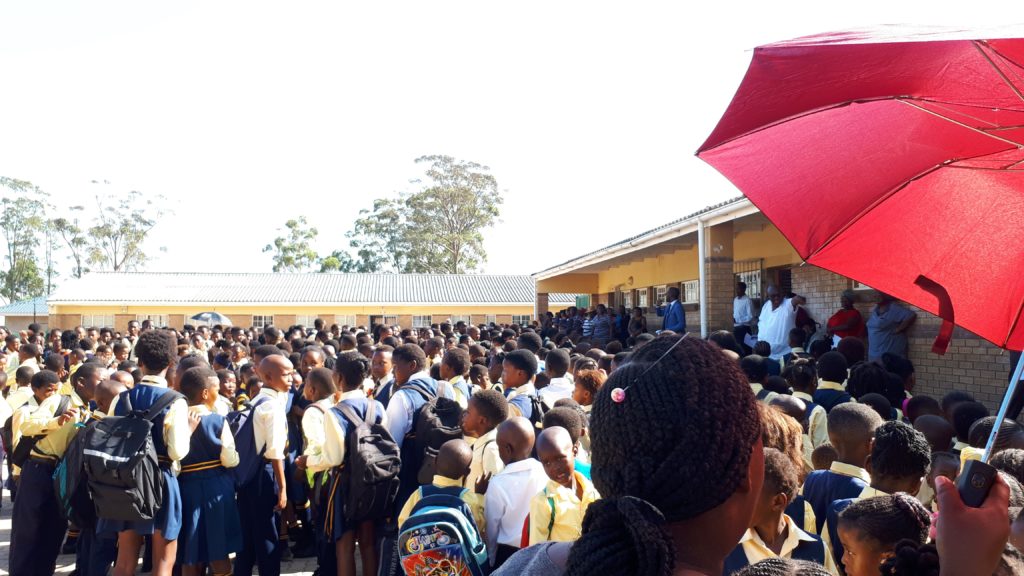 Makhanda’s schools are in very different states of readiness for the return of Grade 7 and 12 learners on June 1, while anxious principals express deep concern for the safety of teachers and learners.

Gadra Education manager, Ashley Westaway, has lauded the “political bravery” of Basic Education Minister Angie Motshega for “staring down the unions” in her back-to-school announcement on Tuesday night.

Though Motshekga outlined measures to be put in place to ensure a safe environment, some local principals said they were in the dark about what needed to be done on the ground to protect teachers and pupils.

Motshekga said while she “cannot guarantee that nobody will die”, learners must have access to education.

However, Makana Primary School principal, Mkhosi Williams, said it would “be a miracle if government fulfilled all the promises that were made by Angie”.

Motshekga said the department was “making progress” in the delivery of sanitisers, personal protective equipment, the provision of water in those schools without water and the deep cleaning of schools. She had previously said that schools would not open without these provisions in place.

However, in a fierce joint statement issued by teacher unions on Wednesday, said a national survey of 9365 school principals has revealed that: 79% of the respondents have not received regulations on how to deal with health and safety issues. Sixty per cent report that their circuit manager has not yet been in touch with them and 60% of Eastern Cape principals said their schools do not have adequate access to water for Covid-related washing.

In addition:
* 95% of schools have not yet been disinfected;
* 92% do not have material for cleaning and disinfecting surfaces during the day.
* 78% do not have soap and water;
* 99% have insufficient masks so that each learner and teacher have at least two;
* 84% of principals said they have not yet discussed safety procedures with the SGB.

Makana Primary’s Williams said, “I doubt we are ready and I doubt the learners are ready.”

He said his Education Development Officer (EDO) had said nothing about personal protective equipment (PPE) and was “more concerned about acknowledging money deposited by government and creating spreadsheets for cash payment, maintenance, consumables, and municipality costs”.

“The government is out of touch with what is happening in our schools.”

Williams said the EDO had suggested that the school run four separate classes of Grade 7 learners, consisting of 20 learners in each class. But, there are just two Grade 7 teachers.

Teachers with underlying illnesses and who are 60 years and older were told they can’t work – which discounts the principal himself.

“Most of our classes have 64 or more learners,” Williams said. “How, then, does one obtain a metre-and-a-half of social distancing? I doubt it will work,” he said.

“And for our learners’ parents, their first worry is food security rather than hand sanitisers and masks,” Williams said.
.
However, Grahamstown Primary School principal, Leon Coetzee, said his school had received funding for the use of sanitisers, PPE, and other basic needs.

Coetzee said he had “no idea” whether learners and teachers would arrive on June 1: “It all depends on the feelings of the parents and the guidelines that the government sets out.”

“It’s a Catch 22 – on the one hand you want academics to continue and on the other hand you’re wary of learner safety,” he said.

Ntsika Secondary School principal, Madeleine Schoeman, said she was not certain the school would open next week: “The unions say that unless all PPE is in place, no teacher should put their lives in danger and there is a lot that has to happen still in preparation.”

However, she said she was “so grateful” for the information and support provided by the Department of Basic Education.

On the other hand, Ntsika had not received any PPE yet and will need extra staff to cope. “But, we are on the right path – we just need to prioritise the Grade 12s for now,” she said.

“We are, of course, worried because we haven’t reached the peak of the pandemic in South Africa.”

Williams agreed: “Experts are saying the worst is still to come.

Meanwhile, all the Gadra Matric School, teachers have agreed to return to work on June 1.

Gadra Education manager, Ashley Westaway, said it was important to demonstrate to parents that it was possible for learners to return to school. “Parents should be able to draw confidence from seeing kids going back to school at places like Gadra, Graeme, Victoria Girls, PJ Olivier. Some people are very fearful and uninformed – and the knee-jerk response is to say, ‘My kid must not go to school’.”

“The measures we are taking at Gadra are pretty extreme. We will be teaching from Monday to Saturday and we will resort to teaching the most extreme form of block teaching possible – a class is taught for a whole day and the learner will be at their desk the day. There’s no other person that’s going to be sitting on that chair for that day.”

“There will be a particular way of entering and exiting a classroom,” he said. “When we open we must do everything absolutely correctly to protect the health and safety of our students. And in that way, we show leadership and instil confidence in our community. We show that it’s appropriate for our children to go back to school.”

“Hopefully, by the end of June, all schools in Grahamstown will be up and running in some form or another,” Westaway said.

Previous ArticleLockdown level 3 on 1 June how it will look
Next Article AFRIKA!