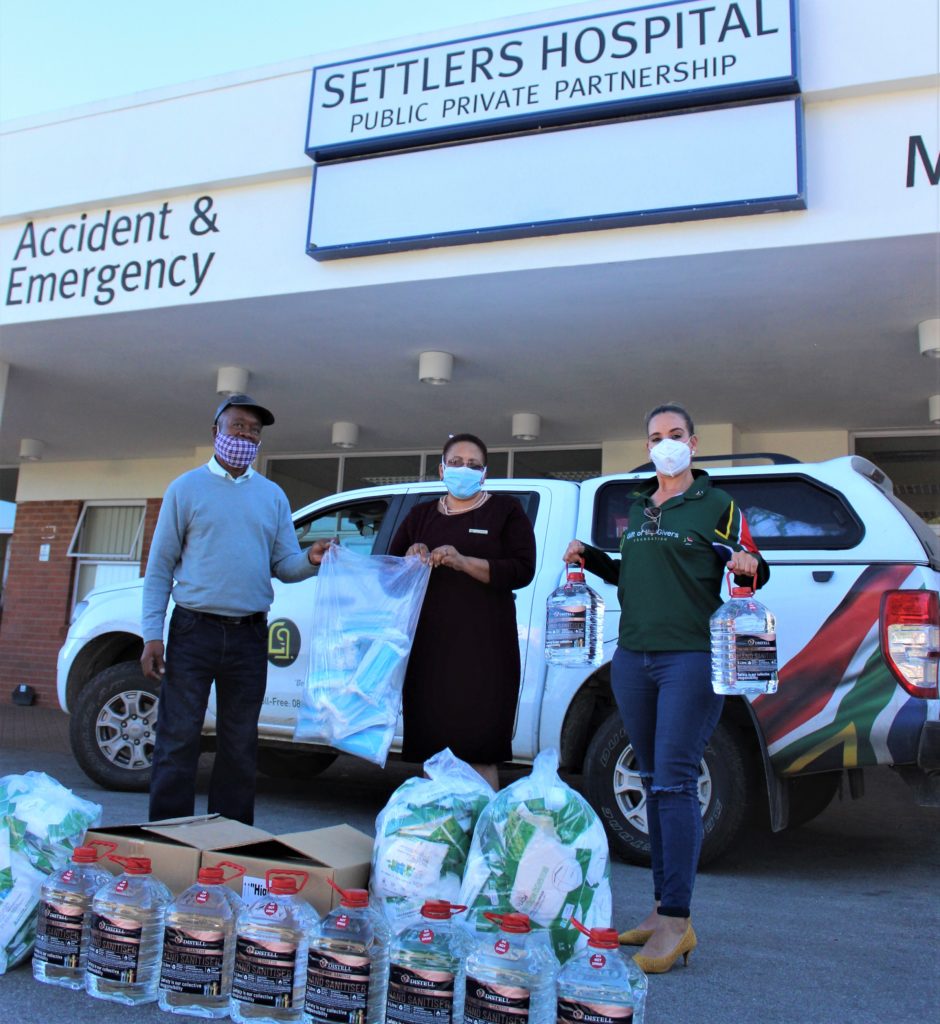 This is a reportback  from the Makana Covid-19 Joint Operations Committee meeting of 12 May 2020. Included here are updates on disaster relief funding and plans, preparations for higher numbers of Covid-19 cases in our area and community screening and testing. Various government departments participate in the JOC, including Health, the police and social development.

Makana has received R1.6 million from the national Covid-19 disaster relief fund. The fund is for the municipality to prepare for managing higher numbers of Covid-19 cases as the pandemic begins to have an impact on this area over the next few months.

While there is no confirmed active positive Covid-19 case in Makana (the one positive case recovered and was discharged after 14 days), experts tell us there will be a steady increase in cases as we move down the lockdown stages.

The funding, which comes from Treasury’s Municipal Disaster Relief Grant, will be used for the provision of water and sanitation, the equipping of temporary shelters,  conducting public awareness campaigns, ensuring regular waste collection and management and the purchase of sanitization equipment for municipal offices, facilities and public spaces.

Retired nurses are being recruited to assist in the fight against Covid-19 and are receiving special training.

Temba TB Hospital was earmarked as quarantine site and was set to discharge TB patients; however, the community was not happy and asked the Department of Health to put a hold on the decision until further notice

The Gift of the Givers donated sanitiser, gloves and masks to Settlers Hospital, the clinics and the Department of Correctional Services last week.

The taxi ranks were cleaned and refurbished.

Makana has received two water tankers from the Department of Water and Sanitation for Makhanda and Riebeeck East, as well as 127 water tanks that have been installed. A further 17 water tanks for schools are still awaiting installation.

Chemical toilets are still to be provided for informal settlements.

Refuse collection is being done according to the normal municipal schedules and other municipal staff are set to return to work in phases under lockdown level  4.

Ward councillors in collaboration with the police this week began speaking to community members via loudhailers about the lockdown regulations, as well as sharing health information. District councillor Nomhle Gaga is leading a public education campaign in the surrounding rural areas.

Flyers and pamphlets in English, isiXhosa and Afrikaans have been developed and are being used in the public education drive.

The South African Police Service reported that there had been burglaries at some of the government departments in town, at a local restaurant and that Vodacom and Telkom towers in Joza were vandalised.

The police are making arrests and issuing fines for contravention of lockdown regulations and are stopping residents who don’t comply with the regulation to at all times wear a mask in public.

Personally I am concerned about the five routes into Makhanda that have no check points: Fort Beaufort, King William’s town, Port Alfred, Cradock and Port Elizabeth. There is a high risk of imported cases as a result of increased movement in and out of the town.

Makana Municipality does not yet have a food bank and discussions are under way to establish one. A task team has been set up to resolve challenges related to the distribution of food parcels. It was also noted with thanks that food donations were received from the Siya Kolisi Foundation and members of the Somalian community.

A total of 22 people now occupies the facility. Mattresses and blankets were supplied. Additional beds and blankets have been requested from the district municipality for additional residents admitted.

Donations  are  presently been received from members of the public which include blankets , clothing , kettles and washing basins. A TV set has been donated to the shelter by an anonymous person. However hygiene packs are still needed as well as games and reading  material.

Many of the residents formerly lived at the landfill and under lockdown level 4 are being allowed to leave the shelter daily to collect material for sale to recyclers.

The Gift of the Givers donated bottled water to the shelter. Under the management of the Department of Social Development, three  meals a day are prepared and packed off-site  and delivered to the shelter.