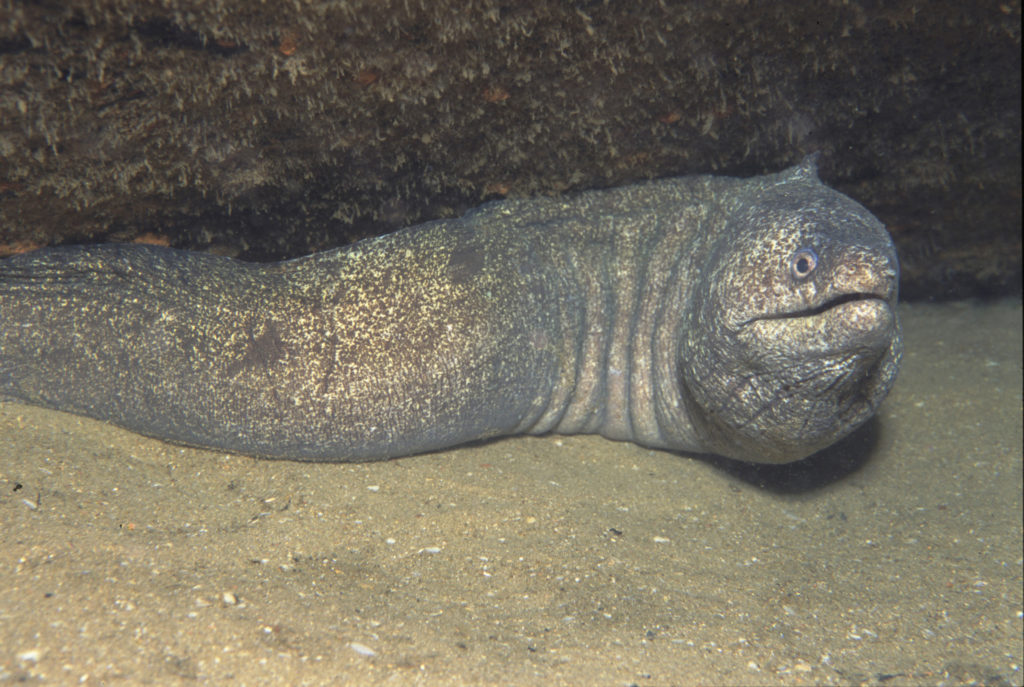 A PhD student at the South African Institute for Aquatic Biodiversity, SAIAB, has added a new species to the moray eel family. Yonela Sithole and her colleagues noticed that the undulated moray eel found off the South African coast looked a little different to the same species found in many other parts of the Pacific and Indian Oceans.

She wondered whether the undulated moray eel found off the Eastern Cape and KwaZulu Natal coasts are in fact a different species. This question became the focus of her MSc project as she and her colleagues examined local specimens, as well as others from museums in the United States, Hawaii and France.

There are about 200 species of moray eels and although they look like snakes, they are actually fish. These marine predators mostly live in cracks and crevices of tropical and temperate oceans, but some can be found in brackish estuaries and even in fresh waters.

Until Sithole’s revision, the undulated moray eel found off the South African east coast have been classified as part of the species Gymnothorax undulatus widely distributed throughout the Indian and Pacific Oceans. While it is to be expected that there might be some variety in this species, she thought there might be enough of a distinction to revise the classification of the locally found undulated moray eel.

Sithole and her colleagues examined 101 Gymnothorax undulatus specimens from various parts of the world and found that the South African specimens differed significantly from those in other regions.

The first distinction can be seen in the appearance of the skin. Sithole explained that the local examples have “… a mottled and faintly reticulated pattern, whereas Gymnothorax undulatus has irregular rectangular blotches separated by large reticulations.”

The second difference between the two is in the number of vertebrae in the spine. The local version has between 134 and 136 vertebrae, while the G. undulatus usually has 126−134. The exception was only four specimens from Southern Mozambique, which had more than this range.

The third difference can only observed by scientists, who were able to confirm the distinctions through DNA analysis.

Sithole decided to name the newly classified species as Gymnothorax elaineheemstrae in honour of her mentor in fish taxonomy and SAIAB Research Associate, Elaine Heemstra.

Sithole comes from the rural village of Qunu in the Eastern Cape, where she attended schools up to matric. She earned a BSc in biological science at the Walter Sisulu University and her MSc at Rhodes University based at SAIAB.