Women settle into shelter for homeless 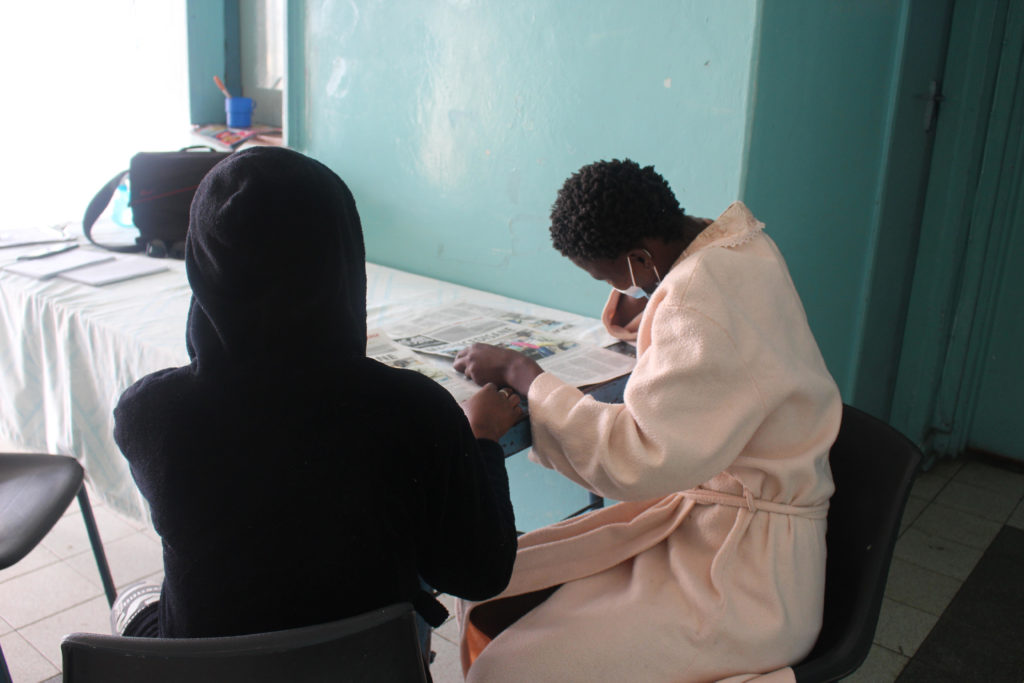 Sindi* and Judith* are the only two women at the temporary shelter for homeless people during the Covid-19 lockdown in Makhanda. They are among 19 residents in two adjacent buildings (one for men, one for women) in Albany Road.

“When we first came here, we were suspicious, a bit worried, but as the days went along, we understood the real reason for us being here. We now know more about the coronavirus and why we need to be indoors,” said Sindi.

The stories of Sindi (27) and Judith (28) are similar in that they have both been on the streets for the past six years. Most recently, they have been living at the municipal landfill. Sindi, the taller of the two, has two daughters. “One of my girls lives with my mother and the other one with the father’s mother,” said Sindi. I managed to see the one just before I came to the shelter. My mother and I do not get along, she drinks a lot and we argue all the time, hence I am living on the street,” said Sindi.

Judith has a young daughter who lives with the father’s mother. “I haven’t seen my daughter in over a year. It’s killing me,” she said. Both say that living at the landfill has its ups and downs.

“Everything you want you will find it at the dumpsite,” said Judith. “Whether it is food, clothes or shoes. It is not ideal, but we are safe at the dumpsite. We are a community.”

“Every day we go out to collect bottles, plastic, cardboard boxes, paper and metal scrap and we have it recycled,” said Sindi. “From the money we get, we buy food it we do not have.” Sindi yearns one day to live in her own house with bricks and a proper roof. “Right now, I live in a makeshift plastic house. It is okay, but not [suitable]for my daughter,” she said. She says a lot of people come to the dumpsite to assist them and they are grateful. “Some people see us, treat us well and there are others who despise us, who chase us away.”

Judith says the security guard at the dumpsite is also very kind to them.

“He often contacts the ambulance to take us to the clinic if one of us is really sick.”

Both women recommend that anyone still living out on the street during the lockdown should get in touch with the local police so they can be placed there. “We are thankful for the shelter. We feel safe here as well.”

The women have a few needs that are different from those of the men living in the adjacent Recreation Hall. Sindi wears a size 5 or 6 shoe and size 28 pants. Judith wears a size 3 or 4 shoe and also wears size 28 pants. The shelter still needs more blankets, entertainment, books, water and food.

* Not their real names.