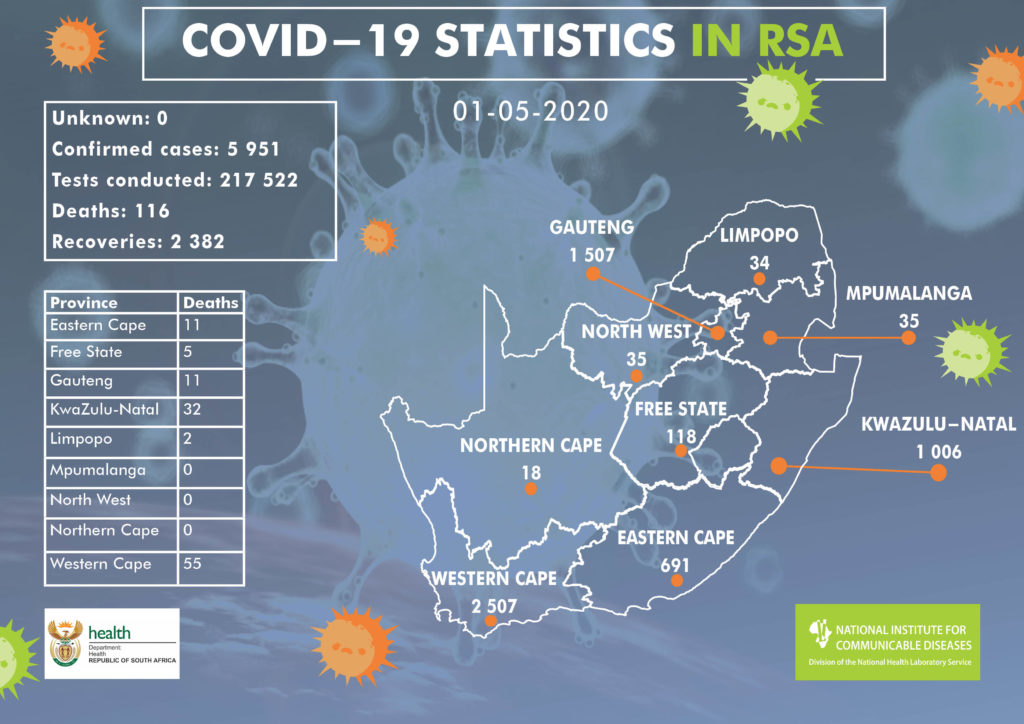 According to the Health Minister, Dr Zweli Mkhize, the new recorded deaths occurred in the Western Cape, Gauteng, KwaZulu-Natal and the Eastern Cape, bringing the total number of deaths to 116 in the country.

“As we have undertaken to only report fully verified deaths, we would like to indicate that there has been a delay in assessing and verifying some of those reports,” Mkhize said.

According to Mkhize, the total number of tests conducted is 217 522.

Mkhize expressed his condolences to the families of the deceased and commended health workers, who are at the forefront of treating COVID-19 patients.

As the country eased to Level 4 lockdown, Mkhize has appealed for continued cooperation in helping to flatten the curve.

Breakdown of cases by province