UIF pays out over R3 billion 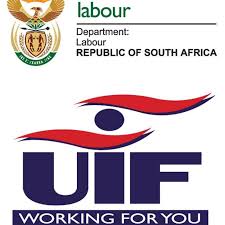 The government has disbursed R3.3 billion in Unemployment Insurance Fund (UIF) claim benefits submitted by 1.75 million workers – as relief for the economic impact of the COVID-19 pandemic.

Tourism Minister Mamoloko Kubayi-Ngubane said the UIF has, to date, received just over 103 000 applications from employers representing about 1.75 million employees.

A bulk of the applications were made by employers, through the Temporary Employer/Employee Relief Scheme, on behalf of their affected staff.

In South Africa, many workers and employers have been without income since the beginning of the lockdown on 27 March. The lockdown was put in place as a measure to curb the spread of the virus.

Kubayi-Ngubane, together with her colleagues in the economic cluster, briefed media on risk adjustment measures and economic relief interventions, on Tuesday.

The UIF has over 1.8 million employers registered on its database. This represents more than eight million workers.

“As of today, the cumulative amount paid since April 27 is R3.3 billion. Of the received applications, the UIF has processed 59 000 employers’ applications which means that more 862 000 employees will receive their benefit,” she said at the briefing in Pretoria on Tuesday.

The Minister said about 10 000 applications could not be processed due to errors. Affected companies have been notified to correct their applications and resubmit.

“Some of the errors identified relate to incorrect banking details, making it impossible for payments to be processed,” she said.

The Minister said the UIF is working around the clock to meet the “extraordinary volumes of requests for assistance”.

The UIF call centre, which initially had 75 agents, has increased its capacity to 400 agents.

More call centre agents will be added should the need arise, she said.

The Department of Employment and Labour has also developed COVID-19 guidelines to assist South African businesses.

The guidelines are expected to assist employers identify risk levels in the workplace, and to determine what appropriate control measures to implement. These focus on the engineering controls, administrative controls, safe work practices and personal protective equipment.

The Small Medium and Micro Enterprises (SMMEs) Relief Scheme is to support payroll, rental and utilities over three months.

“To date the scheme has approved over R235 million, protecting over 11 000 jobs. The Spaza shop support scheme which was launched about a week ago has already received over 104 applications with 88 [spaza shops]already approved. This plan spans over six to eight months, because we believe that the curve peak will probably arrive in September 2020,” the Minister said.

Meanwhile, The National Treasury last week issued a second set of fiscal measures aimed at assisting individuals and businesses through the economic hardships brought by the pandemic and impacting on production, markets, trade and employment.

Treasury has also introduced a raft of tax relief interventions. A R200 billion- loan scheme for SMMEs is also in the pipeline and is expected to be finalised by the end of this week.

Not spared by the COVID-19 effects, businesses in the tourism sector have applied to benefit from the government’s R200 million Tourism Relief Fund.

Globally, the industry has borne the brunt of travel bans, airline groundings and heightened restrictions to movement. To mitigate the effects, the government last month opened an application portal for the Fund.

However, said the Tourism Minister, this has had to be halted after two organisations interdicted the Department.

“It is a matter of public knowledge that the department was served with court papers by both Afriforum and Solidarity in an attempt to set aside the scheme on grounds of its transformational characteristics as it upholds the Broad Based Black Economic Empowerment Act,” she said.

She said whilst businesses were still able to apply, the department has kept the processing of applications on hold.

“The department will be guided by the outcome of the court but stands ready to support the businesses in distress. Thus far there is over 10 thousand applications,” said Kubayi-Ngubane.

The department of tourism has commenced work with global, continental and national stakeholders to develop a post COVID-19 tourism recovery strategy.

“Suffice at this stage to say that the industry will be focusing on three phases: survival, recovery and then prosperity,” she said.