President will update the nation on Covid-19 management 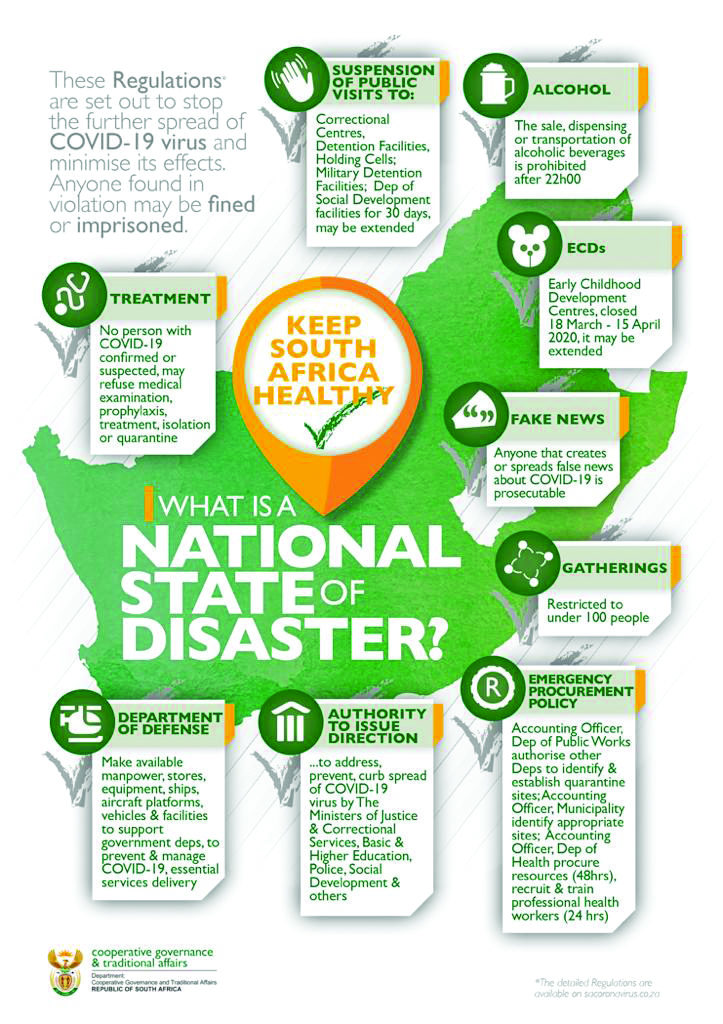 The President’s programme for today, Sunday 22 March 2020, is dedicated to key engagements around the national state of disaster occasioned by the outbreak of the coronavirus, beginning with a consultation with business leaders at the Union Buildings, a statement from the Presidency says.

The engagement with business forms part of a series of meetings the President has held with various stakeholder constituencies – including communities of faith and the nation’s political leadership – in the week since his declaration on 15 March 2020 of the national state of disaster.

“The leaders who will see the President today did not have an opportunity at the meeting at Parliament to deliver statements of support and will therefore do so today with media present,” the Presidency said.

Later today the President would chair a meeting of the National Command Council which will receive an update on the novel coronavirus (COVID-19) outbreak; progress and challenges related to implementation of the recently promulgated regulations on the state of disaster and other measures to protect the country, as well as economic impact.

On the outlook for the period ahead, the Council would consider whether the measures that are currently in place to contain the spread of the virus are sufficient and what further measures are required.

Following the Council’s deliberations, President Ramaphosa will address the nation in a message that will be broadcast on radio and television, and livestreamed online.