Young teacher the link for communities hundreds of kilometres apart 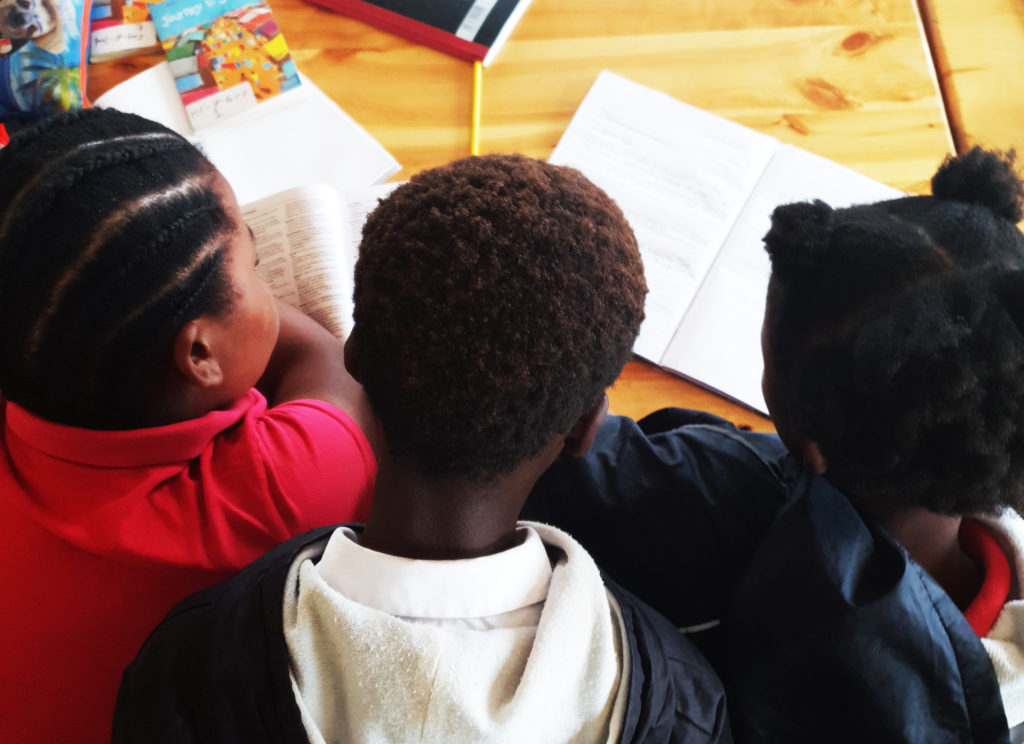 A local teacher has been the bridge for a group of parents at Auburn House Montessori School in Cape Town to reach out out to the children at Holy Cross School here in Makhanda. The Cape Town parents recently donated more than 50 books for 15 children in Grade 5 to take home and enjoy. For many of them, it was the first time they’d owned a book.

Sibulele Magini, a Grade 4 and 5 mathematics, history and English teacher, started teaching at Holy Cross, around 8km west of Makhanda on the Highlands road, at the beginning of the year.

Magini, who grew up in Zwide, in Port Elizabeth, taught for three years at the well resourced Cape Town school and developed good relationships with the parents. They were very supportive of his move to the independent school in Makhanda and when he asked them each to donate one reading book, namely Journey to Jo’burg by Beverley Naidoo, for each of the 15 school children in his Grade 5 class, they didn’t hesitate.

One parent offered to buy all of the reading books, the next offered to buy atlases, others dictionaries, instamaths and story books, until all of the parents had banded together to donate learning materials. Eventually, funds of up to R3000 were raised.

Magini says that he was inspired to be teaching at a school whereby he would be able to make a more impactful contribution. When asked about his transition between the two schools Magini said “My whole reason for going into teaching was to make a difference. I felt the kids there had everything, while the kids here need someone to see them for who they are, lift them up and give them that hope.”

The children were thrilled when the boxes of books arrived.

“I’ve never received a gift before,” said one child.

Another, in disbelief, asked, “Is this for me?”

Magini says it’s those kinds of moments that motivate him.

The school’s current principal, Karola McConnachie, explained that every one of the students at Holy Cross School, who live in the nearby Makhanda community, have at least 90% bursaries. Fee-paying parents contribute only 10% of the school fees, while other parents pay according to what they are able to afford. For this reason, the school is heavily reliant on others to give what they can.

“That’s what makes this donation so amazing,” she said.

Magini explained that the majority of children in the school come from diverse and disadvantaged backgrounds. He believes that by being passionate about his job, he can show the children how to use their education as a stepping-stone, and teach them to believe in themselves. Magini’s next move is to obtain iPads for his learners so they enjoy every education opportunity, regardless of their financial backgrounds.

As much as the school is independent, Magini and McConnachie emphasise that Holy Cross School is not a wealthy private school and urges the community to offer any helping hand. They would be grateful for any contribution – from volunteering time spent teaching children new artistic talents, all the way to monetary donations.